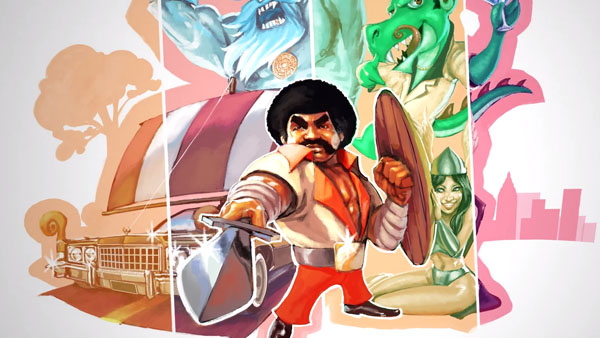 Portal and Quantum Conundrum director Kim Swift recently teased that she and her team at Airtight Games were working on an exclusive game for the Android-based OUYA. According to Gematsu (via NeoGAF), that game has officially been revealed as Soul Fjord.

Set in a fantasy universe mixing Norse mythology with 70’s funk and soul culture, you’ll be playing as a viking named Magnus Jones, who has been slain and now finds himself in the nightclub Valhalla, in Yggdrasil. Inexplicably, he’s not on the guest list and won’t be attending the “party that will end the world”, Ragnarok.

With “lounge Dragons” and “disco Wizards” in his path, Jones must fight up to the world tree and gain access to Valhalla.

While being exclusive to the OUYA console, which hasn’t been receiving the most glowing of criticism as of late, might not make sense in the long run, it nonetheless sounds intriguing. Stay tuned for more details.