Spanish Retailer Lists The Last of Us For PS4

The Complete Edition with DLC included. 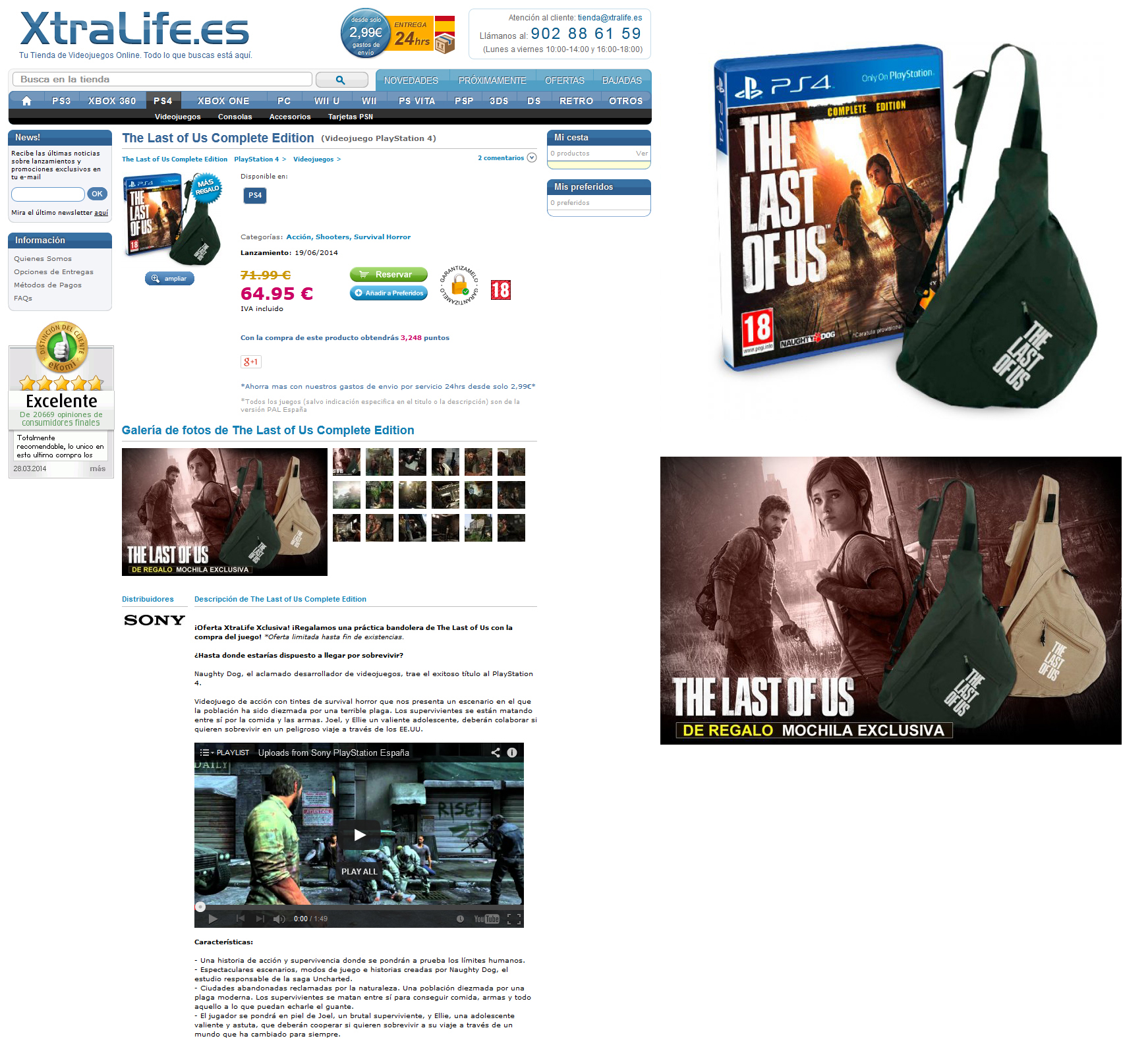 Rumours have been circulating about a possible re-release of The Last of Us for the PS4 for some time now, and here’s a listing by a retailer to add fuel to that fire. Spanish online retailer XtraLife.es has mistakenly (we’re assuming, at least) leaked The Last of Us: Complete Edition for the PS4 via a listing on their website.

The listing shows the cover art for the game, and we don’t really know Spanish, but we’re assuming the package will include all the extra content Naughty Dog and Sony have released for the game so far, which would include the incredible Left Behind DLC pack.

There’s also, we’re assuming thanks to the image of the listing above, a free TLoU themed bag being given to anyone who purchases the Complete Edition for the PS4. The price shown is €71.99, brought down to €64.95.

We have no clue as to whether or not this is going to fabricate, but there’s no smoke without fire, so we’re going to keep our eyes open. Stay tuned.