Race through levels, or create and share your own with other players, and attempt to beat the clock while gunning down hordes of foes. 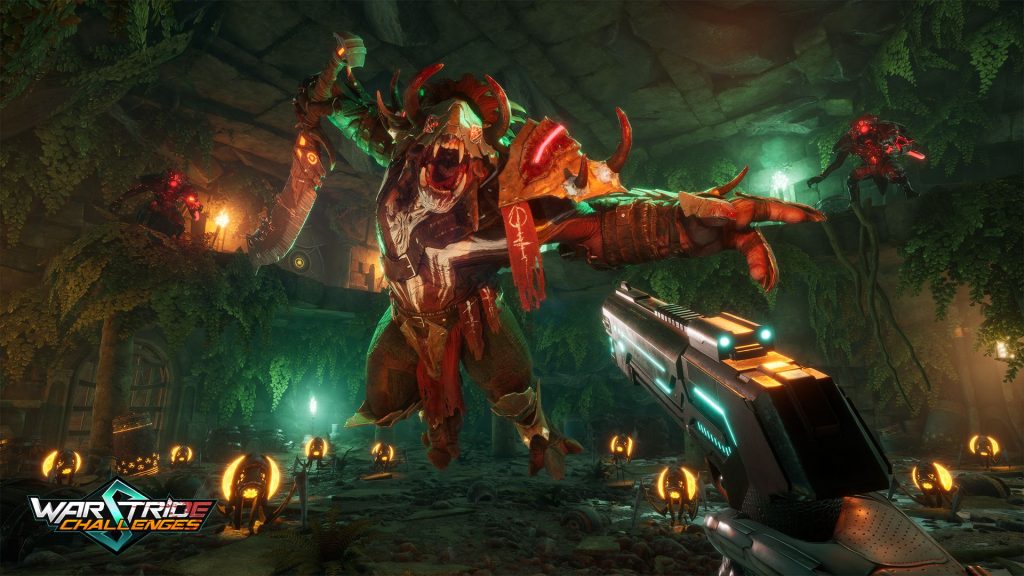 Focus Entertainment has announced a new fast-paced FPS called Warstride Challenges, developed by Dream Powered Games as part of its new Indie Series. It will launch on PC via Steam Early Access on April 19th and focus on racing through areas, taking down demons and beating the clock. Check out the trailer below.

The objective is to achieve that perfect run. Along with developer-made levels, the community can also create and share their runs with each other. There’s also a Nemesis Mode to challenge anyone to asynchronous racing, which would explain the red “phantoms” seen in the trailer.

All in all, Warstride Challenges sounds like a dream come true for fans of Titanfall 2′s Gauntlet as you refine your movement and slowly improve. How long the title will be in early development and what other features will be added remains to be seen. Stay tuned for more details when it launches next week.