If you asked a hardcore roguelike fan about the best game in the genre, the name Spelunky would inevitably come up. The beloved platformer remains relevant today thanks to its challenge and procedural generation, so the announcement of Spelunky 2 was obviously a big deal. However, that announcement was in October 2017 and the game was delayed from its 2019 release window. What’s currently going on?

Creator Derek Yu offered an update on PlayStation Blog, sharing new screenshots and thanking fans for their feedback on the previous trailer. “I think we’ve struck a good balance now, where the graphics are crisp and easy to parse, but the details still stand out enough so that you can easily soak them up as you play the game. Effects like lighting and liquids are more vibrant now, too, contributing to that feeling of a dynamic, living world that has been our goal since day one.”

Yu revealed that one of his goals with the sequel was to make each run “feel even more like a personalized adventure. Of course, players of the original game created a lot of their own stories through their choices during the game, and in my opinion those are still the most meaningful. We want to keep supporting that kind of creativity by adding more variety to the game.”

Players will find new items, some which can interact with the world in numerous ways (some interactions may not be all that obvious as well). New NPCs are coming but fans will probably spot a familiar face or two as well. Yu spoke more about audio as well, noting that composer Eirik Suhrke is creating  “is creating a dynamic, multilayered soundscape that is much more immersive than the first game.

“Each area not only has its own unique musical theme, but every creature, trap, item, and surface has its own suite of sound effects associated with it. Landing on grass in the Jungle will sound very different than landing on a conveyor belt in Volcana, for example. It’s perhaps a more subtle change but adds a lot to the distinct feel of each area.

Deathmatch is also being expanded in concept to measure up better to Adventure Mode. Improvements are being made to the journal and menus, and progression is more akin to “the feeling of building a small community of friends and family.” While a release date wasn’t offered, Yu did say that the team was getting “closer and closer.”

Spelunky 2 is currently slated to release on PS4 and PC. Stay tuned for even more details in the coming months. 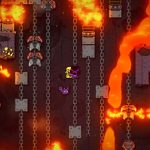 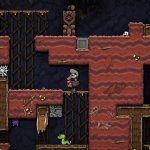 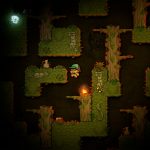