The second episode of The City That Never Sleeps launches at the end of the month.

Insomniac Games kicked off their post-launch plans for Spider-Man last month, when the first episode of their DLC series The City That Never Sleeps, titled The Heist, launched near the end of last month. The second episode, titled Turf Wars, was planned for a late November release, and now we know when exactly that’s going to be.

In the main menu screen for Spider-Man, a description for the upcoming Turf Wars confirms that the second piece of DLC is launching on November 20 (as spotted first on Reddit). The description also confirms that Hammerhead, who was introduced in The Heist, will be the main antagonist. 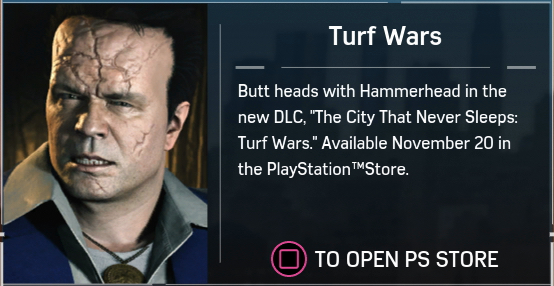