Various bugs in last month's The Heist have also been addressed.

Insomniac have rolled out update 1.10 for Spider-Man, and as you might have expected, the most important thing it does is add support for the upcoming Turf Wars DLC. Naturally, this includes Trophies for the upcoming DLC as well.

The update also makes a few other interesting and important additions. For starters, new frames and stickers have been added to the photo mode, similar to another major patch that went live shortly before the first DLC episode, The Heist, launched. The change that a large number of people will appreciate the most is that the mini-map map and control hints displayed in the HUD can now be hidden. So if you’re looking for complete immersion with a minimal UI, that is something the game will let you do now.

A number of bugs have also been fixed, most of which seem to pertain to issues arising in The Heist. You can check out the full patch notes below. Spider-Man: Turf Wars will be launching on November 20. 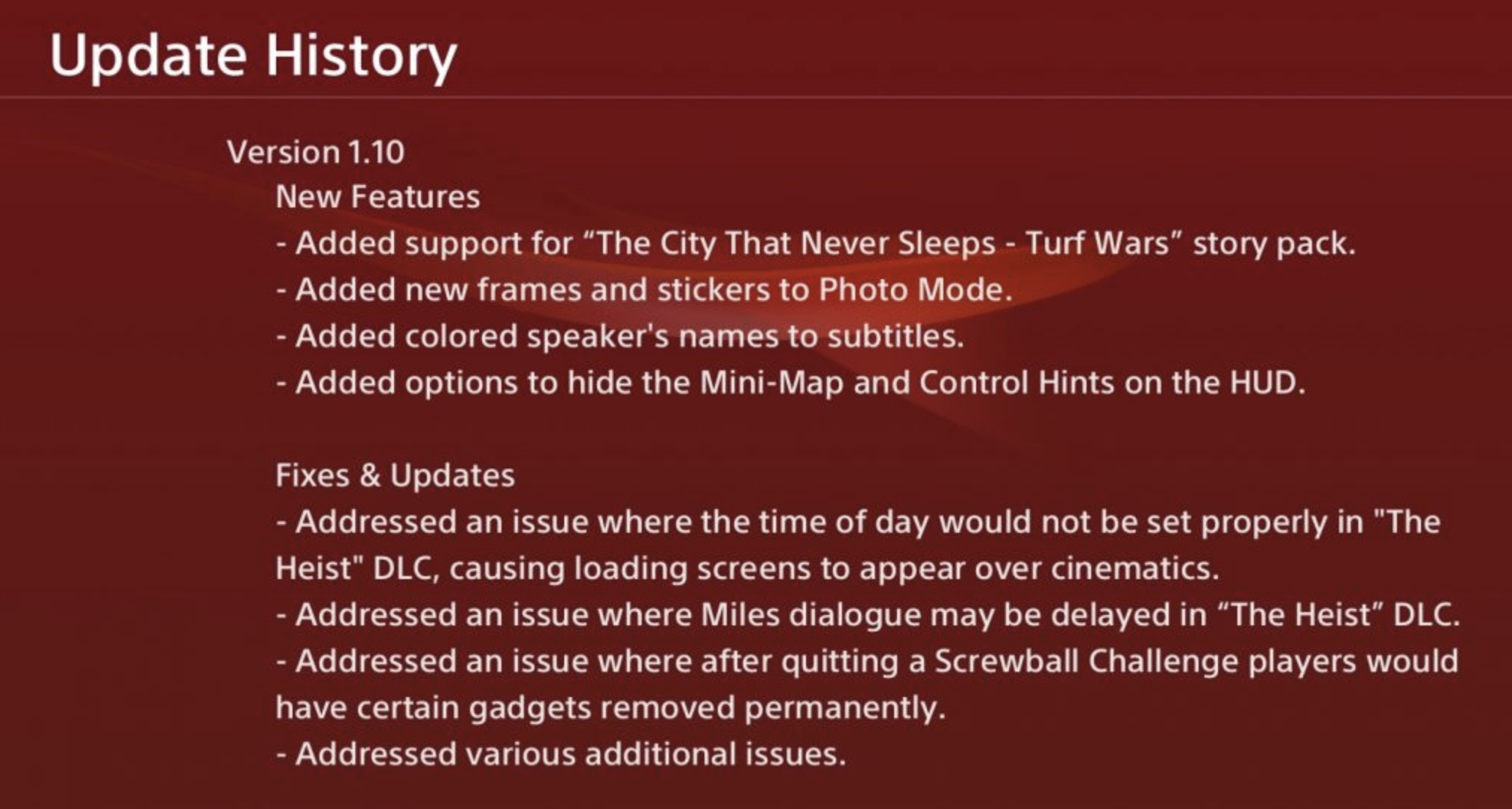