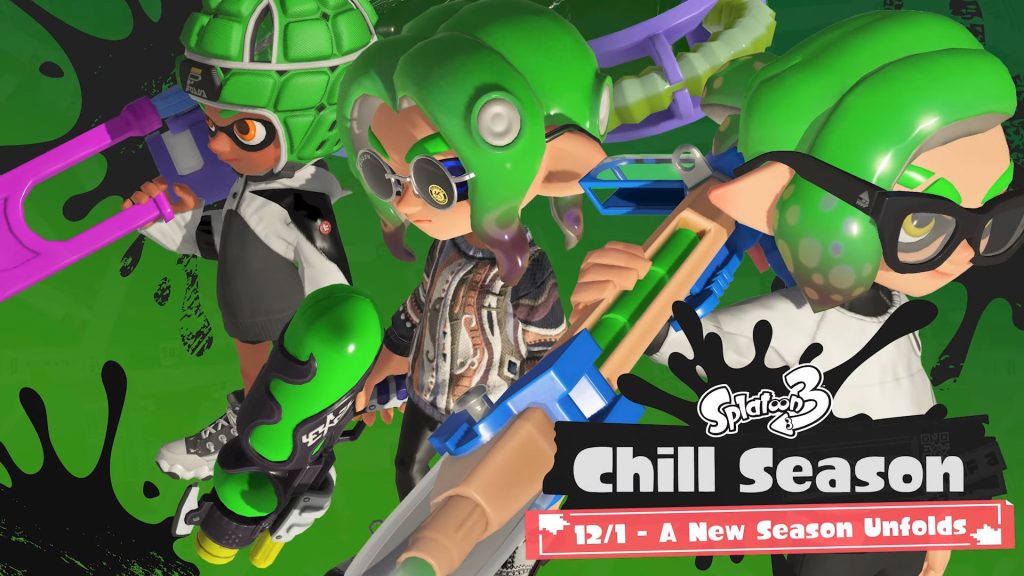 Ahead of Chill Season 2022 in Splatoon 3, Nintendo has announced that update version 2.0.0 goes live today. Content in the new season goes live tomorrow at 4 PM PST and includes new modes, a new catalog, two new Battle Stages, and much more.

The new catalog brings gear, titles, decorations, stickers, emotes and Splashtags. Store product lineups will receive about 50 new items, further adding to the customization. As for the two new stages, Brinewater Springs is brand new, while Flounder Heights is from the first Splatoon. Salmon Run players can also look forward to the new Marooner’s Bay stage.

In addition, three new main weapons, and ten new sets of main weapons, along with sub and special weapons from previous games, are also coming. Tableturf Battle is getting 13 new cards, while one of the new modes, X-Battles, sees players of S+0 rank competing for X Power. Check out some of the patch notes below and full notes here.