Splitgate and Halo Infinite “Will Help Each Other” in the Long Run, Dev Says Following PlayStation Player Count Bump

In a recent interview, 1047 Games founder Ian Proulx talked about how the release of Halo Infinite has helped Splitgate. 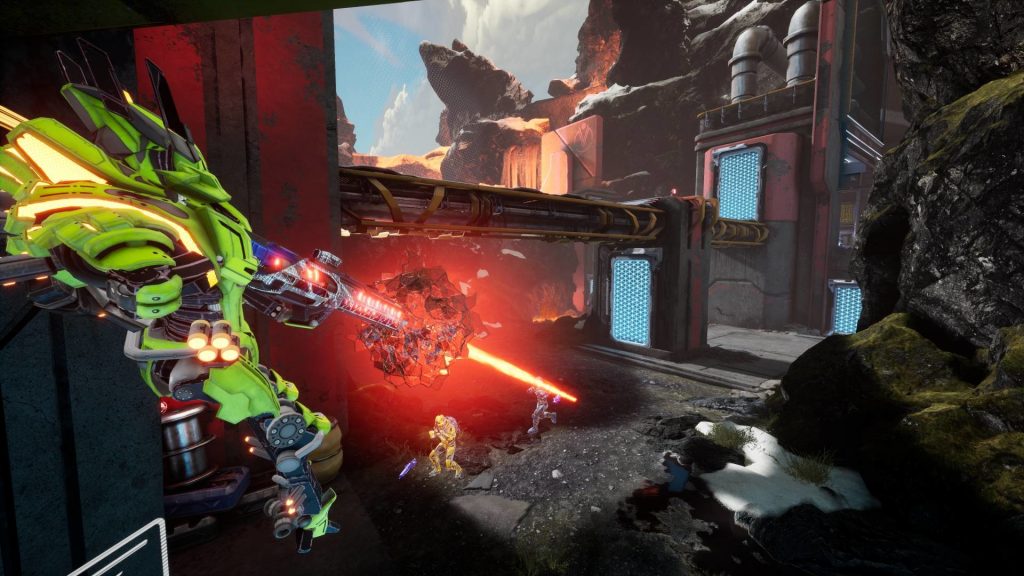 In a recent interview with The Loadout, 1047 Games founder Ian Proulx talked about how the Halo-inspired Splitgate and the recently-released Halo Infinite games might help each other in the long run, rather than competing with one another. Proulx revealed that Splitgate’s player counts on PlayStation consoles have actually increased following the launch of Halo Infinite on Xbox Series X/S and Xbox One.

Proulx said he’s glad that Halo Infinite is out right now, and its positive reception from both fans and critics has reinstated a love for the arena shooter genre that has proven to be great for Splitgate as well. In the current market populated with battle royale games, the popularity of Halo Infinite and Splitgate is doing great for bringing players over to arena shooters, he says, which is a first for many players, apparently.

“I’m actually glad [Halo Infinite] is out,” Proulx said. “I honestly think that, in the long run, Halo Infinite and Splitgate will help each other. I think that there’s just so much noise and so many battle royales right now, and [these two games] are bringing people over to the arena shooter genre. You know, there’s a lot of kids who have never played Halo, right? There’s a lot of kids who have never played Quake or Unreal Tournament. They’ve never played this kind of game. And getting them exposure to that I think is just a good thing for the genre as a whole.”

Splitgate surpassed 10 million downloads last August, and its popularity doesn’t seem fading. 1047 Games also has some ambitious plans for the game going forward, including but not limited to releases for even more platforms, as well as possibly even a single-player campaign.