Posted By George Reith | On 21st, Nov. 2010 Under Reviews | Follow This Author @GNReith

The moment I saw the shiny globe that crowns Sony’s new move controller, I just knew that it was begging to be brandished like a sword. Sports Champions has scratched this particular itch of mine and it also brings us five other sports to complete a pretty tasty sports package that perfectly shows off the PS Move hardware.

After a bare bones opening sequence and a painless calibration, Sports Champions gets straight down to business and give us a main menu where you can choose your sport related poison. Table Tennis does what it says on the tin, but the motion controls responded really well to each strike. When you see the spin you’ve applied to the ball in real time you start to get the feel of what Sony’s new hardware is capable of. It honestly feels like it’s a one to one relation between you and the on-screen action and I was loving every second of it. 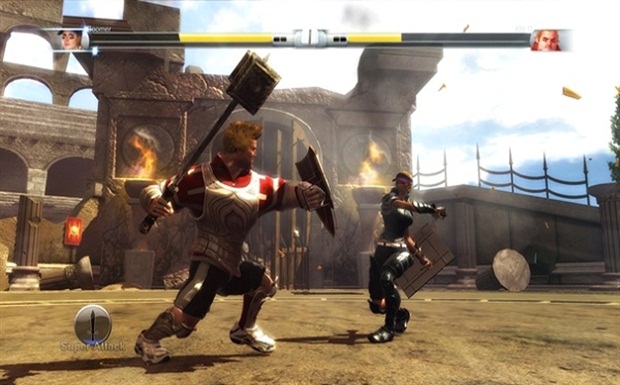 Moving on from there we had my personal favourite: The Gladiator mode. Grab your nearest sword and shield and swing at the opponent until he goes down. I was worried this mode might become quite repetitive but the variety of weapons, moves and combos keeps things really fresh. The depth of gameplay on offer was surprising considering the lack of buttons on the move controller. The Gladiator mode was clearly designed to be played with a move controller in each hand, but I actually found the controls with a single wand were still quite responsive and enjoyable.

One of the sports on offer you may not have heard of would be the illusive Bocce, or Boules as I had known it in the past, where you take turns throwing balls closer to the smaller place-ball. I was impressed by how well the move controller responded to the power of my throws, and I really felt like I could play the game in a precise and controlled manner. Disc Golf impressed me in a similar vein, even if it was a little slow paced and had a rather over the top learning curve. 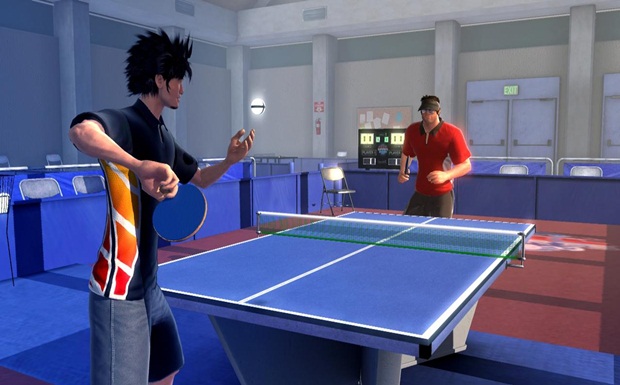 The backgrounds can get repetitive, but the graphics are generally quite insane

The Volleyball game was an odd and ambitious choice to include, but it’s actually a lot more fun than you might initially assume. The controller responds well to all the different kind of strikes and the team based gameplay keeps it fresh and active. The worst game by far in the package is archery, especially if you only have the one move controller (as most people probably will at this early stage in the Move’s release cycle.) The fact that you get given a line predicting the arrows flight makes the game completely lacking in any form of challenge what so ever.

These few gameplay hiccups are rather smoothed over by the excellent presentation of Sports Champions. The graphics are really quite awesome in almost every way, with special attention clearly going into the animations. Some of the backgrounds are a little bland, but this is more nit-picking than a genuine critique. The sound is generally pretty awesome, though the intense sound effects are a little let down by some rudimentary voice acting. Perfection is obviously a little much to ask for, but it’s impressive that Sports Champions comes close in terms of its presentation. 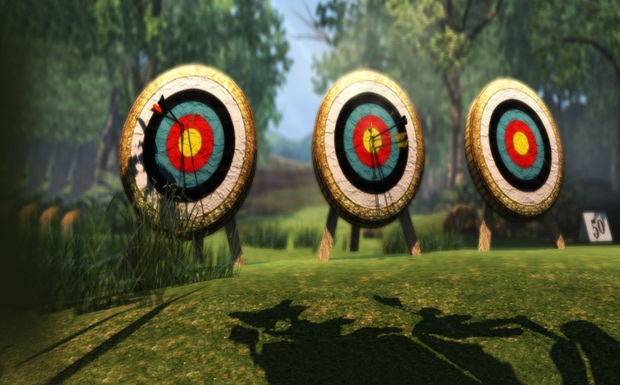 The archery is admittedly quite bad, but five out of six good games isn’t bad

A usual problem I highlight with games of this paradigm is the lack of content on disc, and this is partially true of Sports Champions. The six games are all different enough to keep you entertained, but within the games themselves there is often little development in the gameplay mechanics during the course of the single player mode. With all that said the budget price helps alleviate any irritation caused by a lack of content and there is no doubt that, provided you have enough controllers for everyone, the multiplayer modes will keep you entertained. After all, these games really tend to come into their own when played with friends.

Sports Champions uses the move technology so well and offers enough variety in the sports present to be almost everyone’s cup of tea. With so much fun to be had and an excellent pricing strategy it is very hard not to recommend Sports Champions. In fact I would probably go as far as saying that it is an essential purchase to get the full enjoyment out of your PS Move this Holiday.

Some games require two move controllers for full effect, The individual games can get repetitive, Not a huge amount of content

Filling the necessary spot of motion sports gameplay on the PS3, Sports Champions brings a variety of sports to life with some great use of the PS move hardware; all for a budget price

A copy of this game was provided by developer/publisher for review purposes. Click here to know more about our Reviews Policy.
Tagged With: ps move, ps3, Sports Champions