Listings that were admittedly subsequently taken down.

When Spyro: Reignited Trilogy was announced earlier this year, there was a lot of celebration that the beloved purple dragon would be getting the same kind of love that Crash did last year, but also a bit of confusion- you see, the announcement only included PS4 and Xbox One versions, but no PC or Switch versions. Given how well games do on those systems, and especially how well Switch owners take to platformers, that seemed puzzling.

Many speculated that Switch and PC versions of the game may still be inbound, maybe at a later date, with announcements withheld for now. Today, the official Spyro websites added some fuel to the fire. ResetEra posters have noticed that several regional Spyro websites- such as the French and German ones- listed PC and Nintendo Switch versions of the game, right alongside the PS4 and Xbox One ones. Which makes no sense, given that, as mentioned, those versions have not been announced.

Those Switch and PC listings were taken down, but Pandora’s box has been opened for now. I would assume the implication is those versions are coming, and they might actually be coming soon- it’s just that they haven’t been announced for now for whatever reason. Man, we need a Nintendo Direct soon… 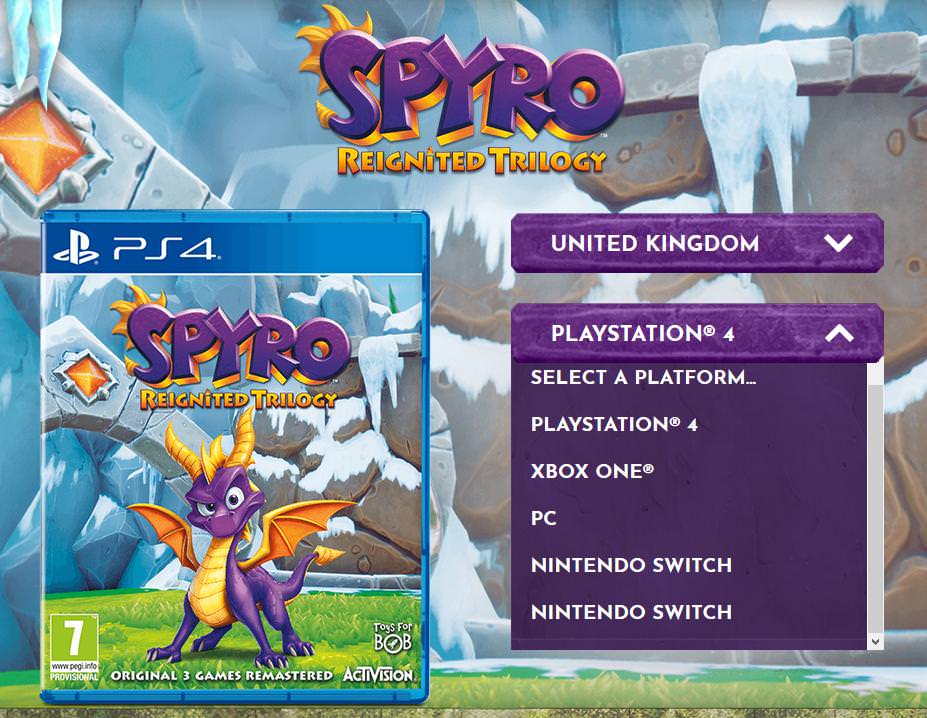