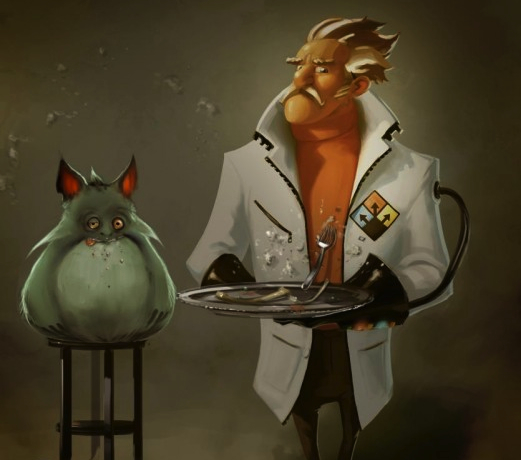 iam8bit has always put it’s best foot forward when showcasing the artistic side of gaming. Anyone who’s visited it’s art exhibitions can attest to that, but the company is known for far more. Case in point: Their partnership with Square-Enix for the episode 1 of “The Super Dimensional Quantum Learning’s Problems and Solutions Gametime Spectacular!!”

The press release describes it best:

On the show, unsuspecting contestants join host Kevin Pereira and Professor Quadwrangle’s pet, an Interdimensional Kinetic Entity—better known as Ike—as they defy cosmic logic and win amazing prizes! The lucky participants are transformed and transported to otherworldly dimensions like FLUFFY, HEAVY, ANTI-GRAVITY and SLOW MOTION—real-life incarnations of the gameplay modes in the videogame, Quantum Conundrum.

Of course, if the game’s reality-defying antics aren’t enough of an indication, check out the first episode below (if you dare).

Quantum Conundrum releases on July 10th and 11th for PSN and XBox Live Arcade respectively, but you can grab it off Steam for PC today.