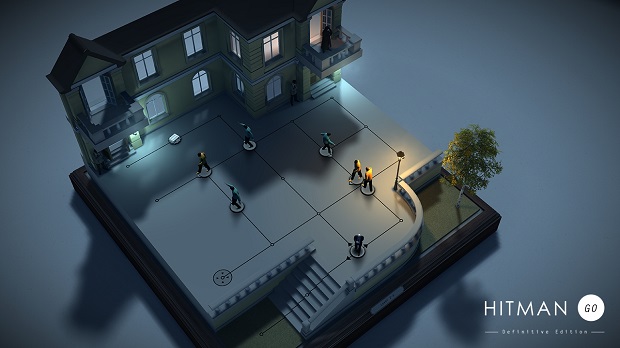 Square Enix Montreal brought a lot of their properties to mobiles in a big way, with Deus Ex GO, Tomb Raider GO, and Hitman GO adapting those IP for mobiles as great puzzle games that simultaneously managed to stay true to the spirit of the franchise. Sadly, however, it seems like there won’t be any more of these games made going forward.

Speaking to PC Games Insider (via Pocket Gamer), studio head Patrick Naud noted that the mobile market is not favorable for paid games and apps- and that that has caused Square Enix Montreal to reassess continued work on the series.

“I have to say no [we’re not working on other Go games], I’m sorry,” Naud said. “The Go series was a great adventure for us as a studio. We’ve done the three games, we’ve seen the wind. The hardest element is making premium games on mobile.

“It’s one of the challenges we have today is the premium mobile market is diminishing. You’ve got more and more high-quality free titles so there are even fewer and fewer people inclined to try something that will not be free.

“Despite the critical success and the great revenue we’ve had, it’s sad to see that our games are only played by a small slither of the population because of the price point. That’s such a big barrier for mobile users. A lot of people consume mobile games only and they have all these options, all these games; why should they invest money in this one unless they’re very convinced?

“That doesn’t mean they won’t spend in-game, but they want to spend on a game that they’re sure they’re going to like. The perception of choice makes it that even if it’s only $5, that’s too much.”

It’s a shame that it has come to this, but it is hard to deny the truth of his words- the mobile market does not value games. It won’t spend money on a game, not even as much as it would on a coffee- why should it, when there are countless free alternatives? Unfortunately, this also means that high quality premium mobile games, like the GO games, suffer as a result.

It’s a shame- but if you have yet to check these titles out, I do encourage you to pick up your phone and purchase them. They’re worth the money, and they are very, very, very good.