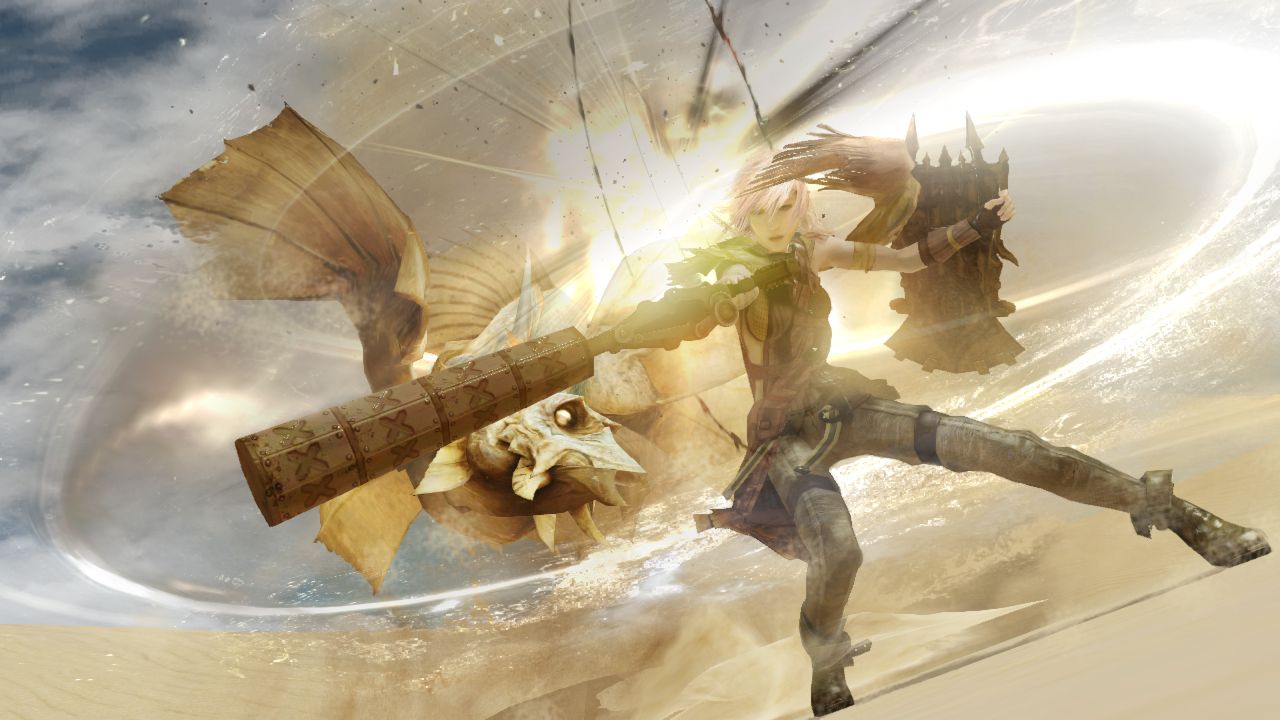 Ignored amid all the news of Lightning going from a C-cup to a D-cup in Lightning Returns: Final Fantasy XIII (don’t ask), director Motomu Toriyama and “wilderness lead planner” Yui Umeda talked about how the game was meant to “beat Skyrim” (or “Sukairimu” as it’s pronounced in Japan) in their interview with Famitsu.

Umeda stated that, “The wilderness is designed with a natural open world style of play in mind. Toriyama’s first instruction was ‘beat Skyrim!’ That may be a tall order with the resources on hand, but as this is FF we decided it might be best to approach it by letting you run about on a chocobo. Also, although there is lots of freedom in the wilderness, there is only one goal but with many paths to accomplishing it.”

Yes, they have just now decided to implement a “natural open world style of play”. Lightning Returns: Final Fantasy XIII is the third game in the saga which began with Final Fantasy XIII, and will be releasing on February 11th 2014 in North America and February 14th in Europe for the Xbox 360 and PS3.