Star Citizen is an upcoming video game from developers, Cloud Imperium Games, Behaviour Interactive, CGBot and voidALPHA. Currently the game is set to be published by Cloud Imperium Games. Star Citizen is a Space Trading and Combat Simulator video game that will feature a persistent world in an MMO (massively multiplayer online) setting, it will also feature first person space combat.

Star Citizen is currently in development exclusively for Microsoft Windows. It is expected to drop sometime in Q1 of 2015, this is however an estimated date with no confirmation of the window from director Chris Roberts (Wing Commander, Privateer, Freelancer). Star Citizen will be Oculus Rift compatible.

Development for Star Citizen started at some time in 2011, during this time the game was being developed and ran on a modified version of the Crytek video game engine, CryEngine 3. Like many developers in search of funding, they followed the trend of crowd sourcing funding for the game. They accomplished this by tackling the products on two fronts (coincidently somewhat similar to a Roman battle strategy), using IgnitionDeck on their personal site (IgnitionDeck is a WordPress Plugin that allows crowdfunding) and one week later launching a Kickstarter campaign to help aid the funding process.

Within a very short period of time, the goal amount was surpassed, since then the developers have added additional target goals, upon reaching each goal development for expansion content is guaranteed. Two days before the Kickstarter and IgnitionDeck campaigns came to an end, Star Citizen broke records by becoming the campaign that raised the most funding for a video game, when it raised over 4.2 Million dollars.

In the final two days alone they successfully raised over 2 million dollars. As of June 2013, as funding through the game’s official site continued to pour in they had by this point raised in excess of 10 million dollars. It has since then simply grown larger and larger and has officially been recognized as the most successful crowfunded project ever, having raised over 35 million dollars. This number is expected to only grow larger because donations will be accepted up until the day of release. Money that isn’t used to directly influence the development of the game is expected to be used to maintain the game and keep it running.

The manner in which Star Citizen works is somewhat uncommon in the games industry, but not unheard of and it’s becoming a more frequently used release style. A “Modular” approach to the game is being used, the first such module was titled the Hangar Module, and it was released on August 29th of 2013. This Hangar Module initially allowed backers of the Star Citizen project to explore their own ship.

This was at first done in CryEngine 3, but since then it has been updated to run on a new and modified version of the 4th generation of CryEngine. The idea behind these modular updates and incremental additions is to make things more manageable given the scale of the project, it also allows for quick fixes and patches where required given the compartmentalised nature of the instalments. The updates that follow the Hangar Module will enable players to modify their space craft and invite other players to their Hangars.

The next instalments that have been mentioned in this modular system are: 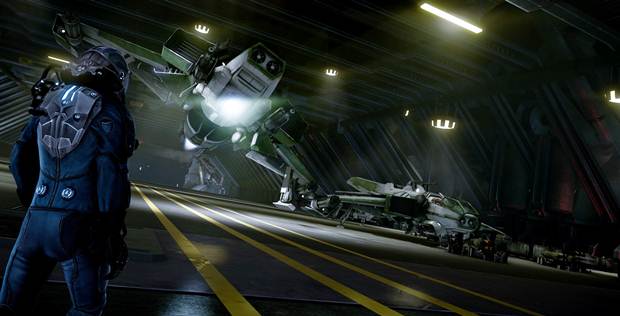 While there is little known about the actual story of Star Citizen; we do know that the game will have a branching single player mode alongside its drop in co-operative modes and multiplayer game modes. This is currently called Squadron 42. Both game modes, Star Citizen and Squadron 42 are set in The Milky Way in the 30th century. The central focus for the game is the UEE (the United Empire of Earth), apparently modelled of the late Roman Empire. Whether or not this will include a Roman-eqsue war machine remains to be seen.

This is however reflected in the games focus on citizenship, a key part of the Roman Empire wherein even a low born man may acquire wealth and prosperity for his family by serving time in a military service, and when you couple this with the current expectation of citizens paying reduced taxes and having easier access to trading with different species, it does lend credence to the late Roman Empire theme. Players interacting with each other will be a main pillar, how players behave in the game will have a dynamic effect on the in game economy. 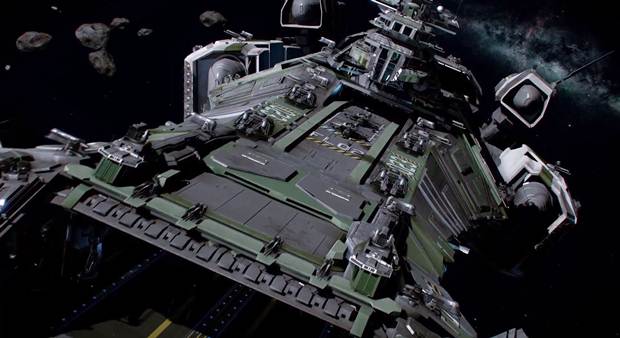 The following is a list of ships that are expected to appear in the final release of the game, some may have already been confirmed whilst others are purely speculative and suggested by long standing community members. No official and complete list of ships will be made known until released by the developers, or unless it’s included in an upcoming module. [Please note that it also includes hulls and manufacturers]