Star Citizen – What’s Going on With It?

With over $444 million in funding, Cloud Imperium Games' space MMOG continues to endure but it's racked up its fair share of controversies.

The ridiculous crowdfunding figures for the long-in-development space sim by Crowd Imperium Games show no signs of slowing down.

Yeah, I know, the joke writes itself.

A roadmap for the roadmap, maybe.

Star Citizen Has Now Raised Over $250 Million In Funds 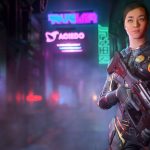 The game's single player gets pushed back from Q2 2020.