Vehicles will also be “a lot easier to fly” in the upcoming multiplayer shooter. 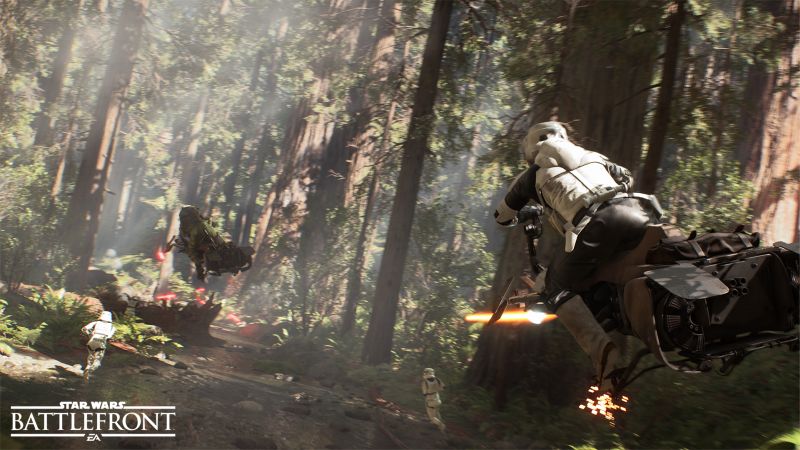 DICE has steadily been releasing new details about Star Wars: Battlefront as we close in on E3 2015. The developer has confirmed via its community manager through Reddit that there will be other vehicles to pilot in the game aside from the AT-ST.

The land vehicles in question include “Snow speeds, Speeder bike and more” while the ships include the “Millenium Falcon and more”. You can still pilot TIE Fighters and X-Wings as per usual.

The ships themselves won’t be difficult to control. According to DICE’s community manager they will be, “A lot easier to fly. Very Padawan friendly. We will go into more details on what makes them Padawan friendly and Jedi master-able (is that even a word?).”

Design director Niklas Fegraeus also took to Twitter to discuss the lack of iron sights while aiming down sight in gameplay. “Just to clarify, in #SWBattlefront, missing iron sights on certain weapons will have no effect on ADS gameplay. It’s just a visual thing.”

Star Wars: Battlefront is out on November 17th for Xbox One, PS4 and PC. Gameplay footage will be revealed in the “near future” which makes us think of E3 2015 so stay tuned.