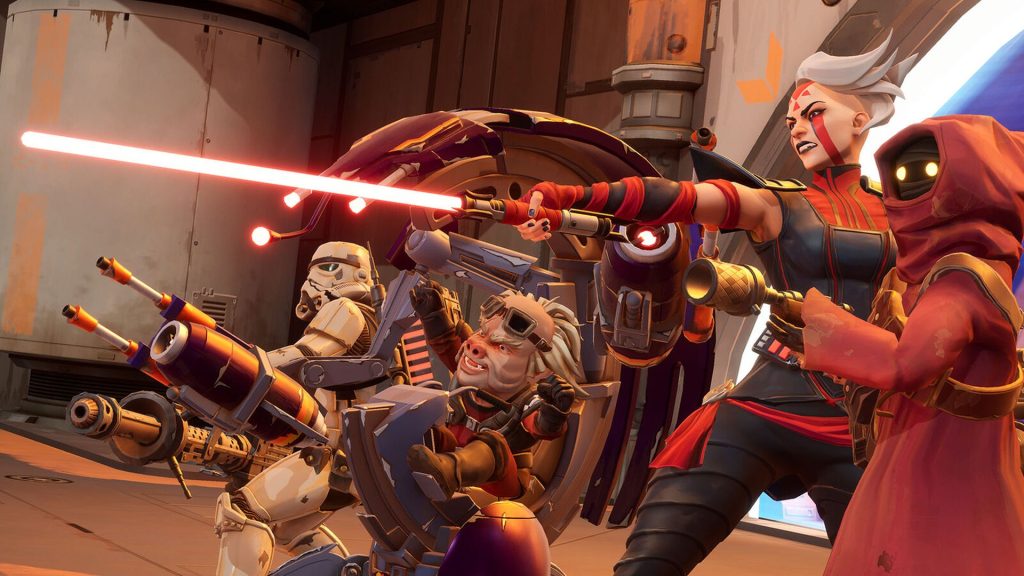 Aspyr’s Star Wars: Knights of the Old Republic – Remake isn’t the only Star Wars title that’s been pushed back. Zynga recently tweeted that Star Wars: Hunters, its competitive arena combat title, has been delayed to 2023 for Nintendo Switch, iOS and Android. It was planned to release this year.

The developer said it’s “working tirelessly to achieve our vision for Star Wars: Hunters.” To “meet the high expectations we are setting for fans globally and ourselves as developers,” the decision was made to delay the game. “We understand game delays are frustrating, however, our top priority is ensuring players will have the best possible experience in the arena.”

In the meantime, those playing the soft launch can expect new content updates to roll out regularly. The next update is planned to arrive within the next few weeks.

Announced last year in February during a Nintendo Direct, Star Wars: Hunters takes place after the events of Star Wars Episode 6: Return of the Jedi. It sees players competing in team-based matches with characters like a Bounty Hunter, Sith assassin, Jawa scavenger, Mandalorian vanguard, and much more to choose from. Stay tuned for more updates on its release date in the coming months.