A Jedi wielding a blue lightsaber and droid overlook the aftermath.

Just one day before the worldwide reveal of Respawn’s Star Wars Jedi: Fallen Order, the official poster for the game has leaked. Strangely enough, the leak comes from a T-shirt on the Star Wars Amazon store. The listing has since been removed, but you can see the poster for yourself below.

It’s fairly straightforward in terms of imagery. There’s a Jedi on a cliffside overlooking a crashed Star Destroyer with his lightsaber at the ready. A small droid can be seen to his side, while TIE Fighters loom menacingly in the sky. If the past leaks are anything to go by, this character is a Padawan who survived the purge of Order 66 in Revenge of the Sith.

Yesterday, some more details were leaked regarding gameplay. Parkour and wall-running are apparently included, with the combat being similar to Dark Souls (with some parry mechanics akin to Sekiro: Shadows Die Twice). It’s an interesting proposition – now let’s see how the game itself looks when it’s revealed during tomorrow’s Star Wars Celebration at 2:30 PM ET/11:30 AM PT. 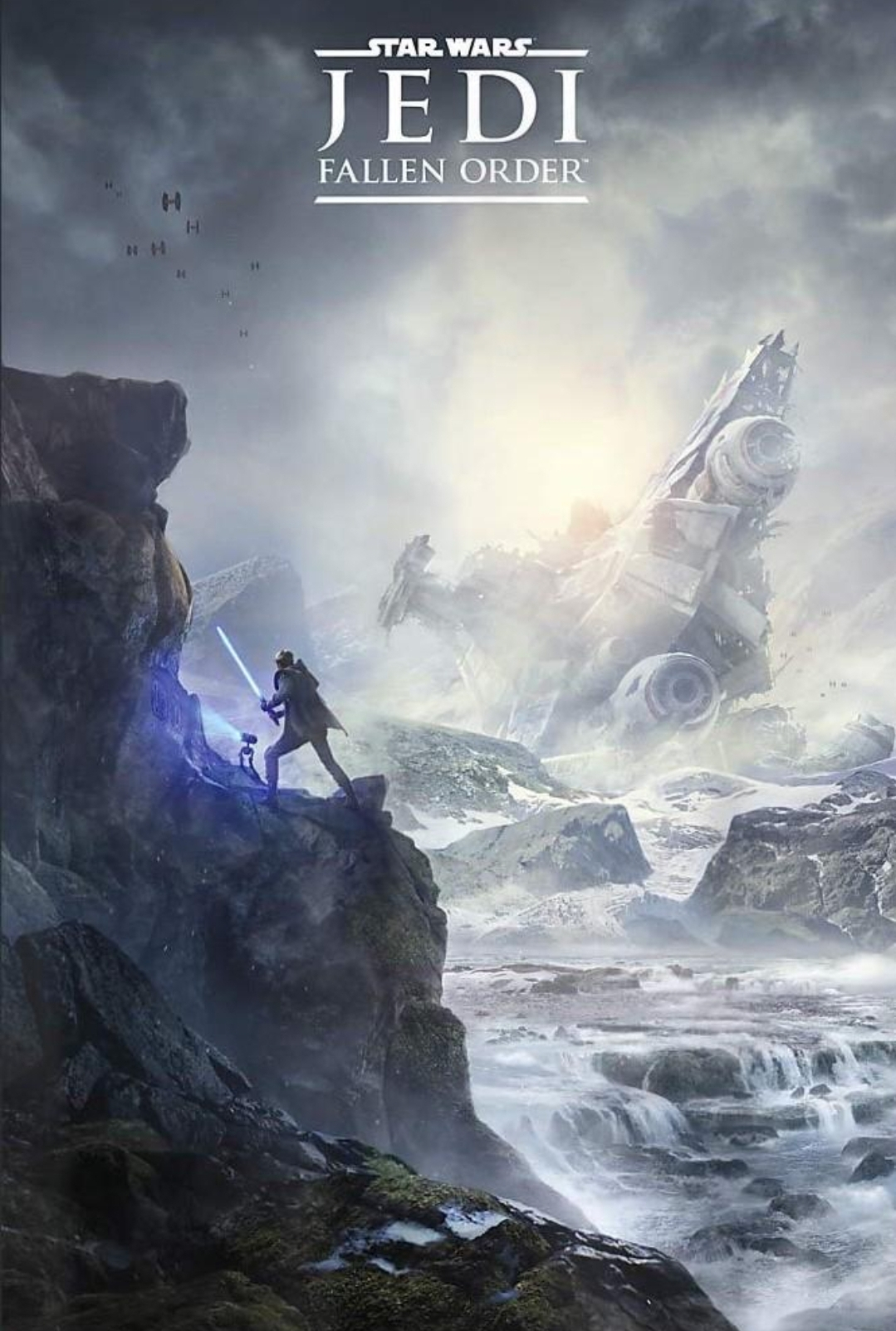