Respawn Entertainment will be revealing Star Wars: Jedi Fallen Order to the world today at the Star Wars Celebration. However, it seems the release date has already leaked, courtesy of Amazon Italy. The listing states that the action-adventure title is out on November 15th for Xbox One, PS4, and PC. This lines up pretty well with the initially stated “Holiday 2019” release window.

The listing is still up, so you can check it out for yourself (otherwise, check out the screenshot below). Along with the release date, it contains various other small details, like the player’s role as a Padawan Jedi, lightsaber duels, and “unleashing the powers of the Force.” Fans will also see “unmistakable locations, weapons, equipment, and enemies.”

The official reveal will be taking place at 11:30 AM PDT today, so we’ll have to wait to know the release date for sure. Everything else seems to line up with what the developer has told us so far. In fact, Respawn producer Blair Brown took to Twitter recently and stated that Star Wars Jedi: Fallen Order is a single-player story-focused adventure with no microtransactions or multiplayer.

Writer Chris Avellone also talked about narrative focus recently and the value of the same for the development team. “Story was very important to Respawn,” said Avellone. “I think they do a good job of introducing various narrative layers into their games already, but they think story is an important part of what they perceive to be a Star Wars game.” 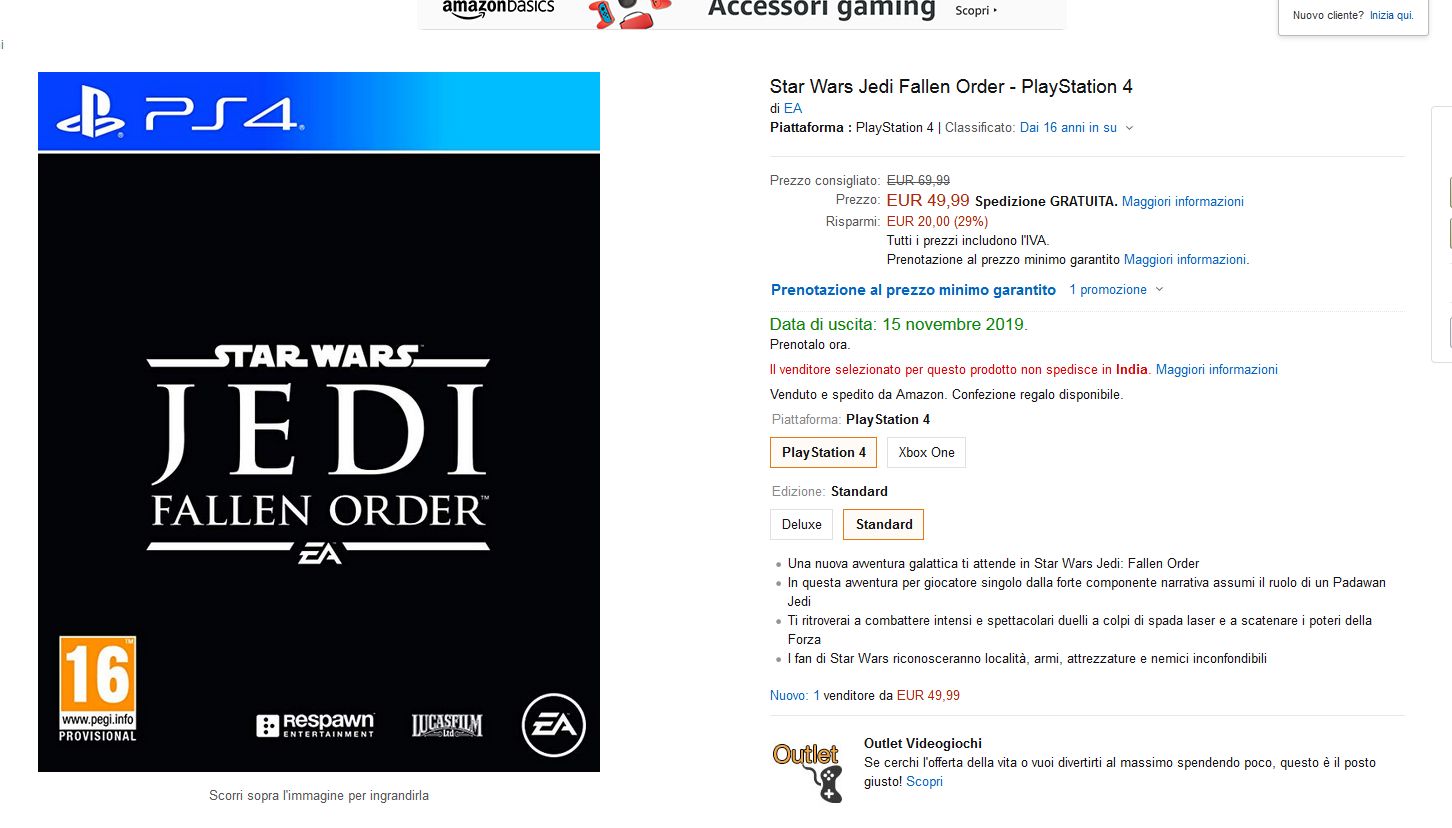