Greg "IdrA" Fields was released by Evil Geniuses for calling fans "a bunch of f**ks".

Upon calling fans “a bunch of “f**ks” on the forums, StarCraft 2 pro-gamer Greg “IdrA” Fields was released from eSports organization Evil Geniuses’ roster.

After a user stated sarcastically that Field was “crying inside” due to an “enforced facade” regarding his outspoken nature, he replied (which has been deleted but can be viewed here) that, “Nope you’re all a bunch of f**ks. It just so happens I get paid to treat you like it. It’s fu**ing awesome.”

Evil Geniuses CEO Alexander Garfield thought otherwise. In a statement following Fields’ release, he said, “To state the obvious, this was a very difficult decision for us. Over the past several years, we as an organization have grown close to Greg, and we have developed a deep appreciation and respect for him as a person. 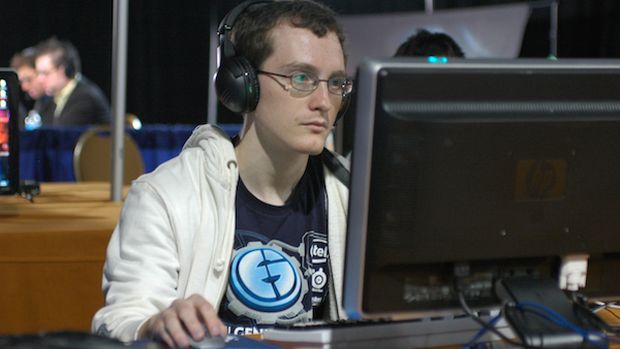 “We consider him a member of our family, and parting ways with him leaves us all with a very heavy feeling in our stomachs.”

According to Garfield, “it was never really an issue for us that Greg can be rude to his opponents in games, or that he usually speaks his mind very bluntly and directly.” But the line is drawn when it comes to fans.

“The eSports industry, and companies like Evil Geniuses, would not be possible without the passion and support of our community. We, as a company, cannot and will not be supportive of anyone who does not show due respect and appreciation for the community that makes everything we do possible.”