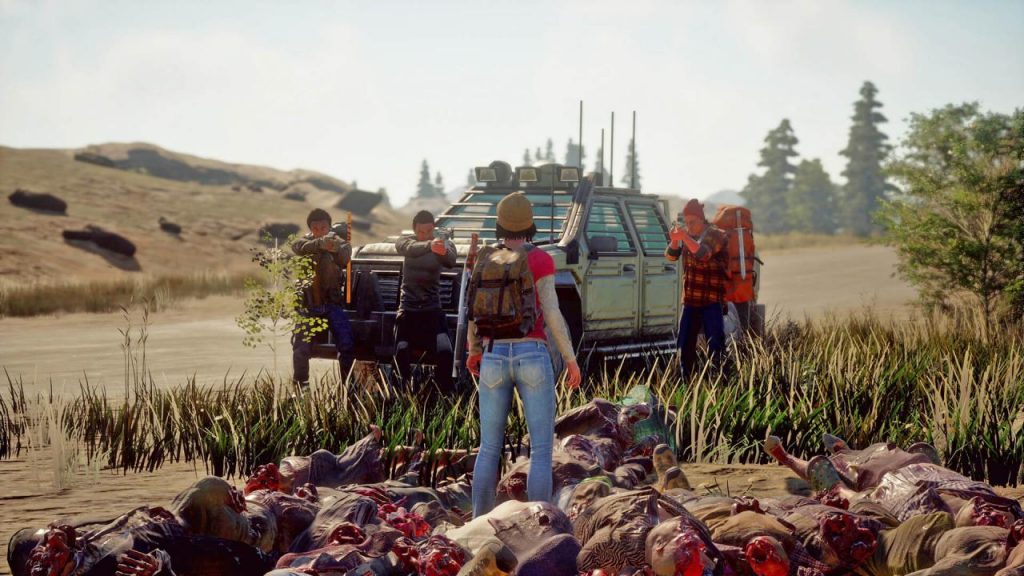 If you’re one of the 2 million or more players who got into State of Decay 2 at launch, then you may be excited to learn some new details about its upcoming DLC content titled the Daybreak Pack. At the Inside Xbox event at Gamescom, some new details were shared regarding what exactly this new DLC pack will bring to players, and it looks it’s a kind of horde mode, but the developers have added their own twist to it.

Basically, a team of up to four players will play as Red Talon soldiers defending against waves of zombies until a technician is done repairing a critical satellite relay. There will also be new enemies, notably the Blood Plague Juggernaut, which is basically a stronger version of the normal Juggernaut. To deal with these tough enemies, players will have access to some high-end CLEO weapons, which includes eight new ranged weapons, six melee weapons, and six deployable explosives.

The DLC pack will cost you $9.99 if you own the standard edition of the game, and will be free if you bought the Ultimate Edition. If you own the Xbox Game Pass, then you can avail a 10% discount on the DLC Pack. The Daybreak Pack is set to release on September 12.