State of Decay 2 runs well on the Xbox One X but glitches hold it back. 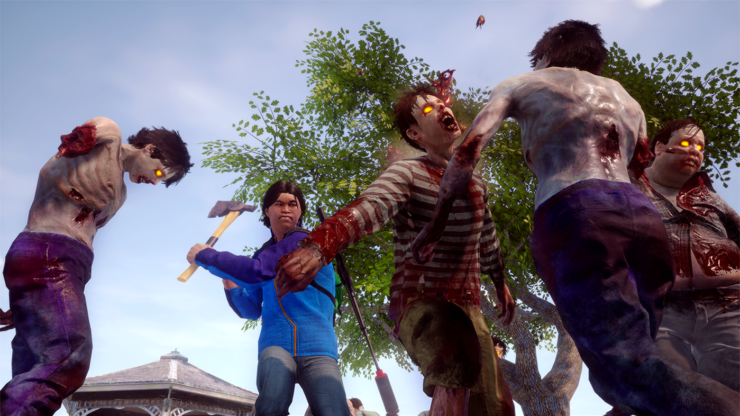 State of Decay 2 is the follow up to 2013’s cult classic State of Decay and much like its predecessor the focus is on surviving against the infected, scavenging for resources and building up your community. On the technical front, State of Decay 2 employs the use of Unreal Engine 4 compared to the CryEngine 3.1 implementation in State of Decay. The original was marred with bugs and unfortunately, it seems that the sequel is no different in that regard.

The game suffers heavily from a ton of glitches and bugs such as clipping, weird animations and sloppy textures and given that we are well past the trauma of buggy games from the days of late 2013 and 2014, it’s rather disappointing to see State of Decay 2 and Undead Labs delivering an unoptimized product, specially given how this was supposed to be the leading console exclusive for the Xbox One and Xbox One X.

From a top level perspective, the game doesn’t look drastically different from State of Decay Year-One Survival Edition, however there are improvements in the lighting tech, the phyics and the world size and its density. We got to play the game on both the Xbox One and Xbox One X versions and performance for the most part is rather mixed. The game runs at an unlocked frame rate on the Xbox One whereas on the Xbox One X we are seeing frame rates locked more closely to 30. On the resolution front we have the Xbox One X version running at a 4K resolution. If anything that is impressive and brings a massive boost to image quality over the base Xbox One console.

Other improvements the Xbox One X features is the increased foliage density, high resolution textures, increase draw distance, better quality ambient occlusion, texture filtering and better environment detail. So there are a host of improvements for Xbox One X owners and it makes it stand out from its less powerful counterpart.

Overall, the Xbox One X being a better version overall is not a huge surprise but the numerous glitches and bugs remain regardless of whatever console platform you choose to play the game on. And honestly, this is quite disappointing. Undead Labs already had some level of experience working on the Xbox One with  State of Decay Year-One Survival Edition and if anything, State of Decay 2 should have at least been a much more optimized and polished experience than what it’s right now. We are hopeful that the developer will fix these issues post launch but given how the original game still remains a bit buggy, we are not really hopeful that this will change in the sequel.