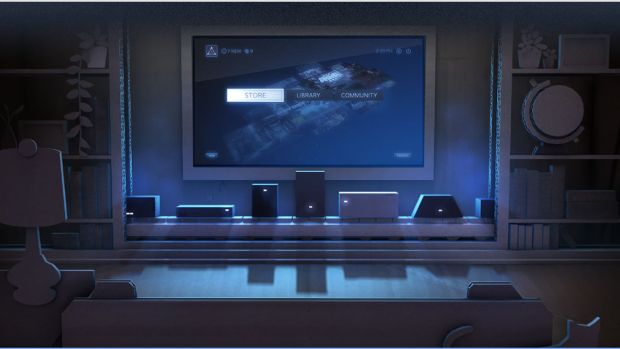 Valve has revealed the second of its big three announcements for Steam to take over the living room space. After SteamOS, Valve has announced that it will be shipping Steam gaming machines in 2014 to better facilitate the implementation of Steam to the living room. So yes, the Steam Box has finally been confirmed.

“Entertainment is not a one-size-fits-all world. We want you to be able to choose the hardware that makes sense for you, so we are working with multiple partners to bring a variety of Steam gaming machines to market during 2014, all of them running SteamOS.

“While these products are still in development, we need your help. As always, we believe the best way to ensure that the right products are getting made is to let people try them out and then make changes as we go. We have designed a high-performance prototype that’s optimized for gaming, for the living room, and for Steam. Of course, it’s also completely upgradable and open.”

Just how open are we talking? According to the FAQ, Valve has confirmed that you can hack it, run another OS on it, change the hardware, install your own software and heck, even build a robot with it.

Valve will be shipping 300 Steam boxes to users, free of charge, before the official release for testing. Want in on the beta? Head here for more details.