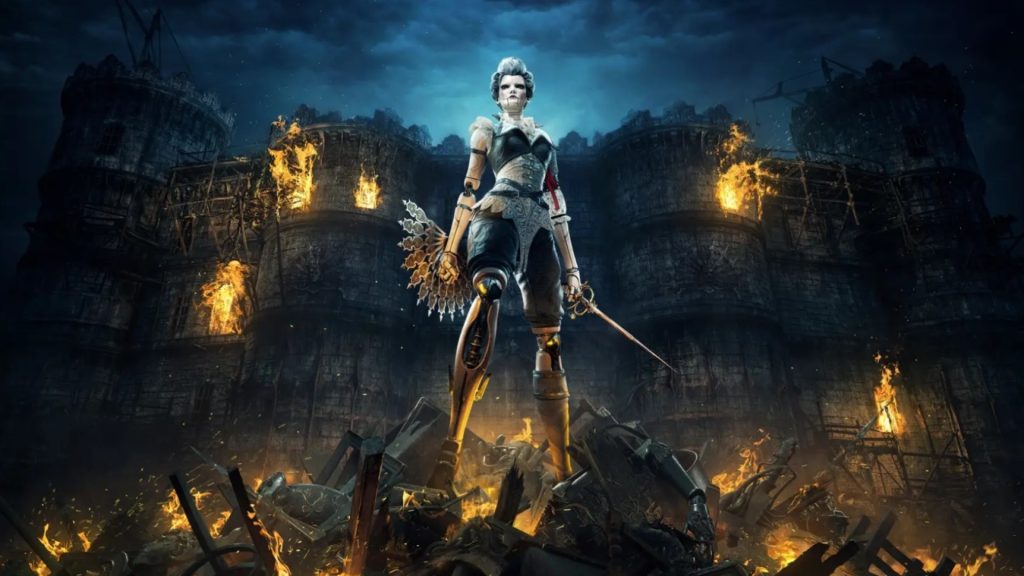 Spiders’ upcoming Soulslike action RPG Steelrising is a game that many have had their eye on for quite some time. From its alternate history French Revolution setting to its fascinating narrative concept to its promise of blistering Soulslike mechanics and combat, the game is clearly looking more than a little promising. Recent days and weeks have seen Spiders and publishing Nacon revealing more new details on the game, and in a newly published post on the official PlayStation Blog, Spiders CEO Jehanne Rousseau revealed more about Steelrising’s protagonist Aegis, and what we can expect from her in terms of combat, traversal, and more.

As an automaton, Aegis is capable of rebuilding herself at will and improving her mechanics as the game progressing, which, according to Rousseau, “fits well for an action-oriented “soulslike” game, where death is an integral part of the learning curve.” Rousseau describer her as an “agile and elegant” character, saying that her inherent grace allowed Spiders to “incorporate fast-paced, aerial gameplay elements, and verticality” in Steelrising.

“By association, we thought about music boxes and their little mechanical ballerinas,” Rousseau writes. “As well as fitting the story of the character – who was originally an automaton dancer – we found this reference interesting as it added a sense of apparent vulnerability and graceful delicacy in keeping with our vision of the character, creating a contrast that was all the more striking when she sprang her weapons from her body, the petite ballerina becoming a graceful machine of death.”

Aegis also has “exaggerated, unnatural proportions” that “emphasize the mechanical, unhuman nature of her movements”. That means she a wide range of movement options, especially in combat, which means aerial gameplay in particular is emphasized greatly. Weapons in combat, meanwhile, all emerge from her own body itself, which also includes tools like the grapple, which can be used for both combat and traversal purposes.

As you’d expect from any RPG releasing in this day and age, Steelrising will also offer customization options, and players will be able to change Aegis’ appearance by altering her wig, her facial features, and the material of her body.

You can get brief glimpses of combat, traversal, and customization in the clips below.

Steelrising is out for PS5, Xbox Series X/S, and PC on September 8.