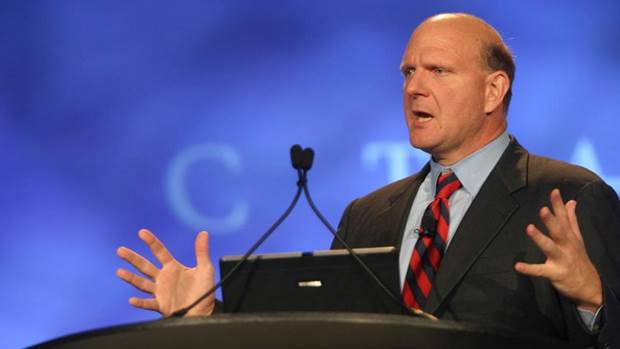 Microsoft has revealed that Steve Ballmer will now take over the Xbox business after Don’s recent departure from Microsoft. Don Mattrick is appointed as the new CEO for Zynga and the contract will come in-effect on July 8th 2013. Meanwhile, Microsoft doesn’t have someone to replace Don Mattrick, so the firm has decided to put Steve Ballmer in-charge. It is currently unknown if Steve Ballmer is a temporary replacement for Don Mattrick or if Microsoft is actually looking for someone else at this moment.

Here is the full statement from Steve Ballmer’s email regarding Don Mattrick joining up with Zynga – Thanks to CVG for the source.

“Zynga announced today that Don Mattrick would be its new CEO, effective July 8. This is a great opportunity for Don, and I wish him success. Don’s directs will report to me and will continue to drive the day-to-day business as a team, particularly focused on shipping Xbox One this holiday.

“Since joining IEB more than six years ago, Don and his team have accomplished much. Xbox Live members grew from 6 million to 48 million. Xbox 360 became the No. 1 selling console in North America the past two years. We introduced Kinect and have sold more than 24 million sensors. We released fantastic games, and, most importantly, we expanded Xbox to go beyond great gaming to deliver all the entertainment people want – sports, music, movies, live television and much more.

“In the past month, the IEB team showed for the first time here on our Redmond campus, and again at E3, how we are going to continue to transform entertainment with Xbox One. I am incredibly proud of the work and vision culminating in Xbox One.

“I’m particularly excited about how Xbox pushes forward our devices and services transformation by bringing together the best of Microsoft. The consoles are incredible all-in-one devices with built-in services that consumers love, including Bing, Xbox Live, Internet Explorer, SkyDrive and Skype. And, just as important, Xbox Games, Xbox Video, Xbox Music and SmartGlass light up Windows PCs, tablets and phones.

“Thank you, Don, for setting us on a path to completely redefine the entertainment industry. The strong leadership team at IEB and their teams are well positioned to deliver the next-generation entertainment console, as well as transformative entertainment experiences, long into the future.”

To some people this may be a surprising piece of news, especially for me personally. I did not expect Steve Ballmer to overtake Xbox Business. I am not to pleased with his performances and his speeches during previous Microsoft conferences.Is this good for the Xbox One, and will it affect the launch of Microsoft’s new hardware in any sort of positive or negative way? I guess we’re going have to wait to find out.

Sound off in the comments below and tell us what you think about this.

Stay tuned to GamingBolt as this story develops.