Stingray Interview: The Future With Bitsquid

Autodesk talks about its game engine and how it helps developers.

Among the many new game development engines available, there’s Autodesk’s Stingray is certainly one of the more intriguing options. Touted as a data-driven engine, Stingray is the company’s solution to games developers to churn out high quality 3D without having to re-compile the base code again and again. Though there are other engines that are doing the same these days, it’s interesting to see how Autodesk approaches things with Stingray.

GamingBolt spoke to Autodesk industry marketing manager for games Wesley Adams about Stingray and its more defining features, how it will work with upcoming technologies like VR and even the potential with DirectX 12.

"You can make changes in the Stingray editor and see the changes updated on your connected devices almost instantaneously."

Stingray made some interesting waves (no pun intended) when it was announced at GDC Europe. Can you provide some information on the engine for those unfamiliar with it?

Wesley Adams: Stingray is based on the core technology of Bitsquid, one of the newest engines available. This means it’s written to be flexible, lightweight and has a native 64-bit architecture. We talk a lot about Stingray being “data-driven,” which means it’s much easier to make changes to a game in development and see the results, without re-writing and re-compiling the engine or project. For example, you can create a live link from the Stingray editor to the game running on multiple target devices and see how it plays. You can make changes in the Stingray editor and see the changes updated on your connected devices almost instantaneously. We spend a lot of time talking about the efficiency of our connected art and engine workflow, and Stingray will also help artists, designers and programmers of any skill to create, iterate, test and review stunning visuals and gameplay faster.

Tell us about some of the latest graphics options that Stingray allows developers to incorporate into their games.

Wesley Adams: Stingray is built around a physically based renderer. The data-driven nature of Stingray means that the renderer is very flexible and can be modified easily. In fact, it is essentially a plugin to the engine so developers can swap it out for their preferred renderer if they wanted to.

In addition to the physically based renderer, Stingray has a high performance reflection system, advanced particle effects like light particle and Beast for global illumination and texture baking.

Stingray will be a multi-platform engine which seems to be the buzzword for game engines these days, supporting AR, VR, AAA consoles and mobile platforms. What motivated the desire to see this through, even as tech like AR and VR are yet to take off?

Wesley Adams: Augmented and Virtual Reality can provide extremely compelling gameplay experiences when done right. It’s almost like a dream coming to life after waiting many years. It’s supporting creative and adventurous game makers who want to take the first explorative steps into this new world to be able to make something completely new.

Currently, Stingray supports deployment of projects to the Oculus Rift DevKit 2, and it ships with a VR template to help developers get started building their VR experiences. We are also working with other hardware partners to build support for additional devices, but aren’t able talk about them publicly yet.

How are you making sure that Stingray will maximize the potential of PS4, Xbox One and PC hardware?

Wesley Adams: With Stingray’s advanced physically based rendering and lean core architecture, we are pushing the limits of the platforms while maintaining great speeds. We will continue to push the boundaries of each of the platforms in a unique way, from VR to cloud based compute. 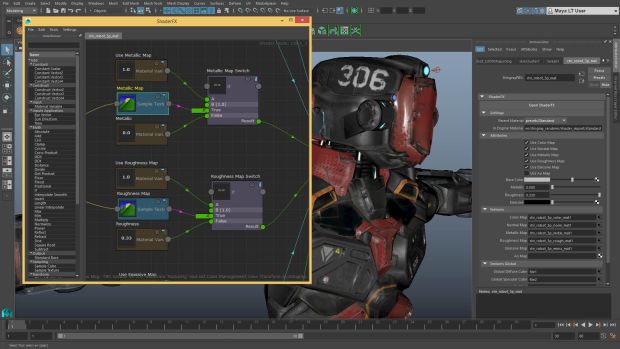 "There is a significant gap between the various tools that game developers use, and the largest gap is often between the artistic tools and the game engine."

What is the stance on cloud computing at Autodesk, especially following the reveal of Crackdown 3, and how will engines like Stingray fit into a cloud-based environment in the coming days?

Wesley Adams: One of the unique positions we are in with Stingray is that we built it with cloud in mind. In fact, Stingray has an HTML5 based UI using a client server model for its data and viewports. Going forward, we will continue to build tools around the cloud and compute for the editor and game logic.

Stingray’s code base allows for changes to the engine and renderer without requiring access to the source code. How does this compare to other engines like Unity 5 and Unreal Engine 4 in terms of the flexibility it offers developers?

Wesley Adams: Stingray was designed to be very flexible, meaning we don’t assume the kind of games you will make. The engine is lightweight and extremely modifiable for both source code or non-source code customers. It’s currently the most flexible option because of the choices the user is given to extend the toolset.

The connectivity to Autodesk 3D is another approach that seems to place Stingray above other engines. Can you tell us more about it?

Wesley Adams: There is a significant gap between the various tools that game developers use, and the largest gap is often between the artistic tools and the game engine. Many of our AAA customers spend a lot of money and time building custom tools, pipelines and workflows that try to bridge the gap between their tools. This lets them make truly customized workflows. What we are trying to do is bring similar workflows to smaller teams who simply cannot create the workflows themselves.

One of the main aspects of the workflows with Stingray is the single-click asset update function between Stingray and our 3D tools. Once an artist loads an asset, they can see it in Maya LT, Maya, or 3ds Max, and then also see it in Stingray. When they make changes in either tool, they can then click a button and the assets update in the other tool; the workflow works both ways. The artist can then see the 3D asset in the context of the level, with the correct materials, lights, and animations all applied. This makes the artistic iteration time much faster.

Next, you can live link the cameras between your 3D tool and Stingray. If you move the viewport camera in Maya LT, for example, the camera follows the same movement in the scene within Stingray. Again, this allows for much faster artistic evaluation and iteration.

Significant for texture/material artists, you can use ShaderFX to create physically based materials that can be transferred between 3ds Max, Maya, Maya LT, and Stingray. You no longer have to re-create your materials in the engine and hope they are right; you just create them once and transfer them to Stingray.

Today’s consoles rely heavily on engines that support multi-threaded architectures. Unity 5 has already begun making strides towards that. Will Stingray also have this support? What other ways will it take advantage of today’s current gen hardware?

Wesley Adams: Stingray was built in the modern era; we developed the engine in a multi-core environment and it takes full advantage of that.

"Game makers can simply subscribe to Maya LT or Stingray, build as many games as they want for as many platforms as they want, make as much money as they can, and they do not owe Autodesk extra payments."

What are your thoughts on DirectX 12 and its features, especially when used in conjunction with today’s engines? How will Stingray work together with the API in the coming years?

Wesley Adams: Yes, DX12 is important to use and we plan to take advantage of the perks as we continue to push physically based rendering.

In light of game engines taking a free approach to distribution, what benefits will Stingray offer for its price?

Wesley Adams: Stingray will be available for $30 US MSRP per month, but the more interesting way to get Stingray will be as a part of a Maya LT subscription, at no extra cost. Maya LT subscriptions are $30 US MSRP per month and with Stingray, we don’t have any kind of artificial feature set limitations for different versions, and there are no royalties. Game makers can simply subscribe to Maya LT or Stingray, build as many games as they want for as many platforms as they want, make as much money as they can, and they do not owe Autodesk extra payments. We think it’s a very fair price for serious developers who are looking at multi-platform development and want a very predictable way to manage their costs. Additionally, if you get Stingray with your Maya LT subscription, there’s no extra fee, so you end up getting a great 3D tool and the engine together.

What is the current goal with Stingray? What are your plans for gaining a foothold in an industry that’s almost completely dominated by a select few companies?

Wesley Adams: Our goal with Stingray is to bring powerful art-to-engine workflows to smaller development teams that don’t have the resources to build custom pipelines. The technology behind Stingray is so flexible and lightweight that it will really grow over time, and we need the gaming community’s feedback to help make it a better game making tool. We think that, with time, we can offer workflows that can’t be beat.

And, Autodesk is obviously looking into other, non-game industries, like Design Visualization. We think there is great potential to help designers better communicate their architecture, engineering and construction ideas to clients by using a real-time rendering solution like Stingray. This can let you walk around a physical space and understand it, as opposed to just looking at 2D renders.

What game titles have been published using Stingray?