Play as a stray cat separated from its family in a dystopian cyberpunk city. BlueTwelve Studio's adventure game is out now. 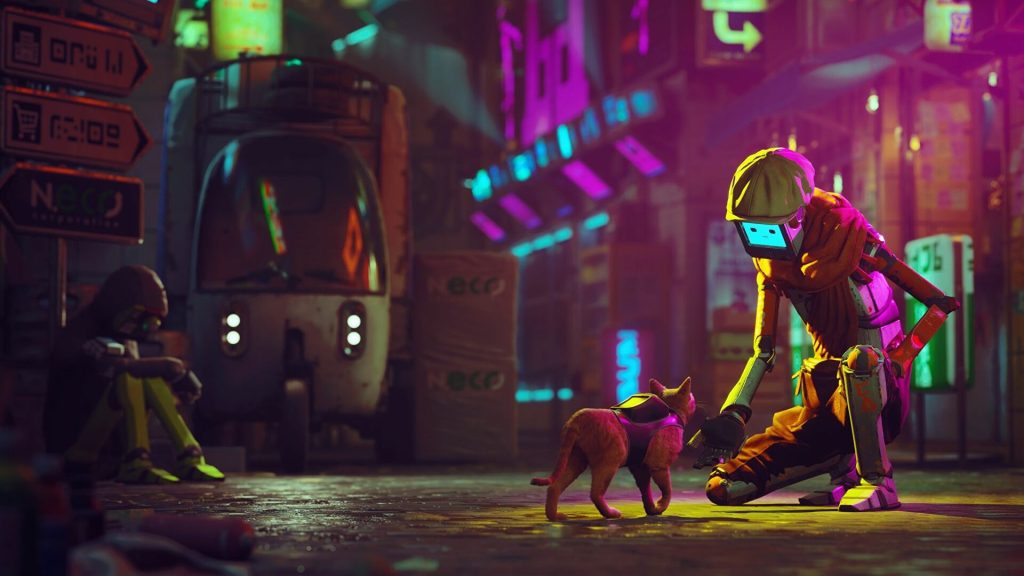 BlueTwelve Studio’s third person adventure game Stray has looked extremely promising since the day it was announced. That’s not true only because of the game’s unique premise – which sees you playing as a cat – but also because it’s looked genuinely promising with each of its showings in more ways than one. With all that anticipation to live up to, the game’s out now, and publisher Annapurna Interactive has released a launch trailer to commemorate its release. Check it out below.

In Stray, you play as a stray cat. After getting separated from your family, you find yourself in a dystopian, post-apocalyptic cyberpunk city populated by robots, with a flying bot serving as your companion. The gameplay primarily focuses on exploration and solving environmental puzzles, and doing the sort of stuff a cat would do, like scratching up surfaces for no good reason or knocking things off ledges just for the heck of it.

Our review of Stray went live yesterday, and we are certainly fans of the game. We awarded it a score of 8/10, saying, “Stray has a unique premise, a rich world, an engaging story, fun gameplay, and it lets you play as a cat. It’s a good game.” Read the full review through here.

Stray is available on PS5, PS4, and PC. It is also available at no cost to subscribers of PlayStation Plus Extra and PlayStation Plus Premium (or Deluxe, depending on your region). A physical version of the game will also launch in September.