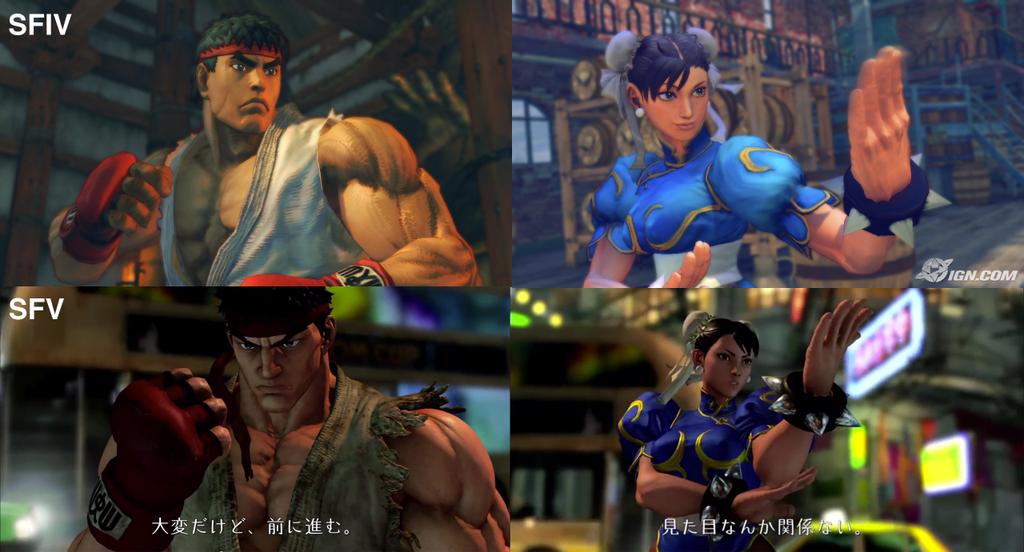 It was today announced by Capcom, albeit accidentally, that their newest instalment in the globe trotting smash hit fighting game, Street Fighter, would be coming exclusively to the PlayStation 4 and PC. This has apparently rocked the gaming community. There’s no mention of the Xbox One whatsoever.

So how does it compare to Street Fighter 4? The above image is a side by side (well, vertically) comparison of two of the franchises best known combatants, Ryu and Chun Li. The improvements are readily apparent to everyone viewing it really. Textures are noticeably sharper, the depth of field sharper and stronger and there seems to be some rather impressive shaders being put to work. Back-lighting was a bit of a hitch in Street Fighter 4 that seems to have been fixed for Street Fighter 5.

At the moment, we’re unsure of why this game is all of a sudden an 8th gen exclusive to Sony and PC platforms, we are just as curious as you. It’s entirely possible that this is in fact a timed exclusivity contract similar to what happened with Tomb Raider and Microsoft earlier in the year, but with the PlayStation Experience Event looming ever closer, may this be a big reveal for the show? Only time will tell.