Using orbs to juggle her foes, Menat is a deadly new fighter. 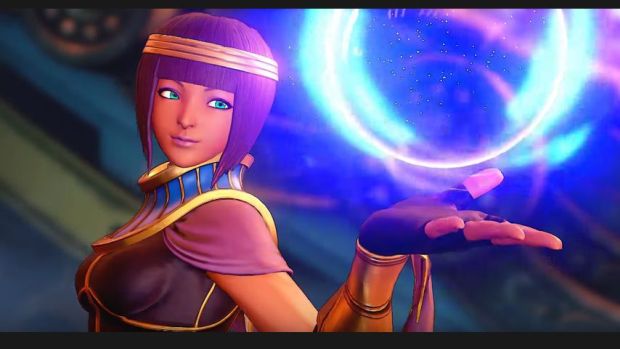 Another DLC fighter is on the way for Capcom’s Street Fighter 5 with Menat, an Egyptian that can manipulate orbs not unlike Rose from the Street Fighter Alpha series. Announced during the Hong Kong Esports Festival, you can check out Menat in action below.

Menat is fairly complex in that she can reflect projectiles or have them surround her using her V-trigger. By extending and retracting orbs, players can create extensive combos and even use them to pull enemies towards them. Menat has some other interesting moves though including a dive kick and some grab moves. She can also teleport using her V-Reversal if necessary, making it easier to escape from being trapped in corners.

Available on August 29th, Menat will cost $6 and is also part of the Season 2 Character Pass for $30 which includes fighters like Akuma, Kolin, Ed and Abigail. Players who receive her will also have a variety of costumes to choose from in battle.