The most complete version of Street Fighter V is a pretty solid package.

It’s been a long road since early 2016 when Street Fighter V initially launched. Its fairly buggy launch with far less content than it should have had certainly wasn’t the best start for the game and even to this day, they are having to grapple with the discontent that created among the fans of the series and the genre as a whole.

That being said, thankfully, the core gameplay of Street Fighter V was good and mostly felt right. While that didn’t make up for the original version’s balancing short-comings and lack of polish, it was enough for the game to make decent sales and hang on to some of its dignity long enough for Capcom to slowly but surely turn the game into a more satisfactory experience for long-time fans of the series, who at this point, deserve no less.

After these several years of fans giving feedback to the developers and them doing their best to improve upon the game, we’ve seen patches upon patches and updates upon updates, and what do we have to show for it all? Well, in short, Street Fighter V is actually pretty good now. With many of the imbalances and more egregious bugs already taken care of before this edition of the game, what’s mostly left for the Champion Edition to include is lots and lots of additional content. 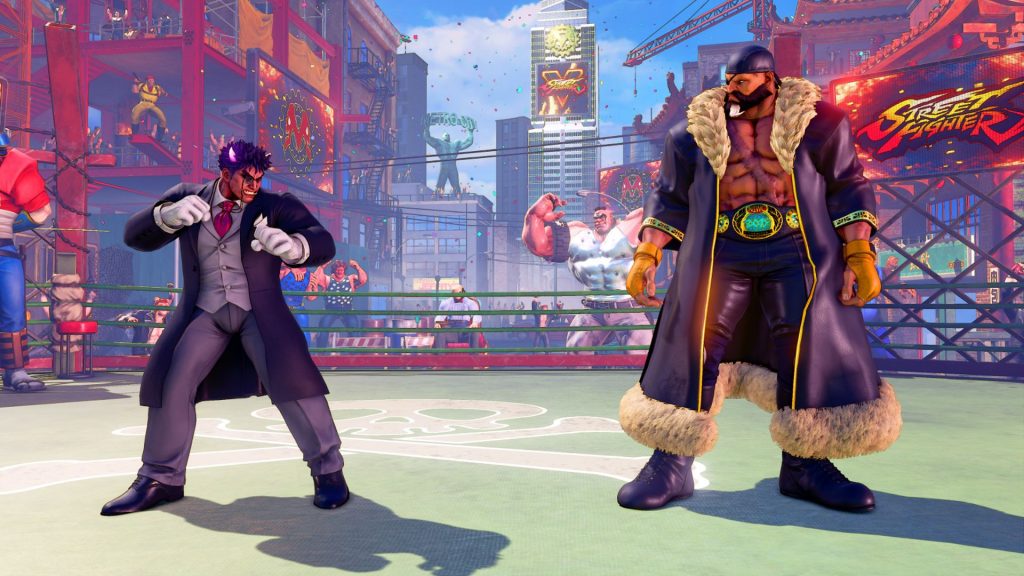 "For early adopters of Street Fighter V, the entire catalogue of content and updates in the Champion Edition can be purchased as a single upgrade to the base game for a slightly reduced price of $25."

We’re talking tons of costumes, modes, battle challenges, stages, concept art, and all of the characters that have been made available so far. While this isn’t every single piece of DLC content that’s been released, it’s enough of it to make Street Fighter V feel like a complete game now, and that’s the idea here. To sweeten the pot a little bit more, Gill from Street Fighter 3 and Seth from Street Fighter 4 are now also available, and they’re pretty awesome. On top of the in-game content being added, even a few subtle buffs and moves have been added here and there. Ultimately, this makes the wealth of what is here a worthy update for everyone and those who are big fans of the series certainly won’t feel disappointed by it in terms of quantity.

For early adopters of Street Fighter V, the entire catalogue of content and updates in the Champion Edition can be purchased as a single upgrade to the base game for a slightly reduced price of $25. Seeing as how that’s only a few dollars cheaper than buying it all outright, I think the upgrade version should have been much cheaper, especially considering the fact that much of what’s here is content that makes the base game feel like a full game, as opposed to something like Mortal Kombat XL which was an optional way to experience extra stuff for Mortal Kombat X, which already felt like a full game on day one.

So, for Street Fighter V to pretend the Champion Edition is the same type of thing, is a bit of a misclassification in my opinion. Fixing a game and bringing it up to a standard it should have been at 3 years ago, is not the same thing as treating people to bonus goodies and charging a premium. Nevertheless, the option and incentive is there for early adopters. They just need to decide if it’s worth it to them, and at 25 bucks, you could make an argument either way. 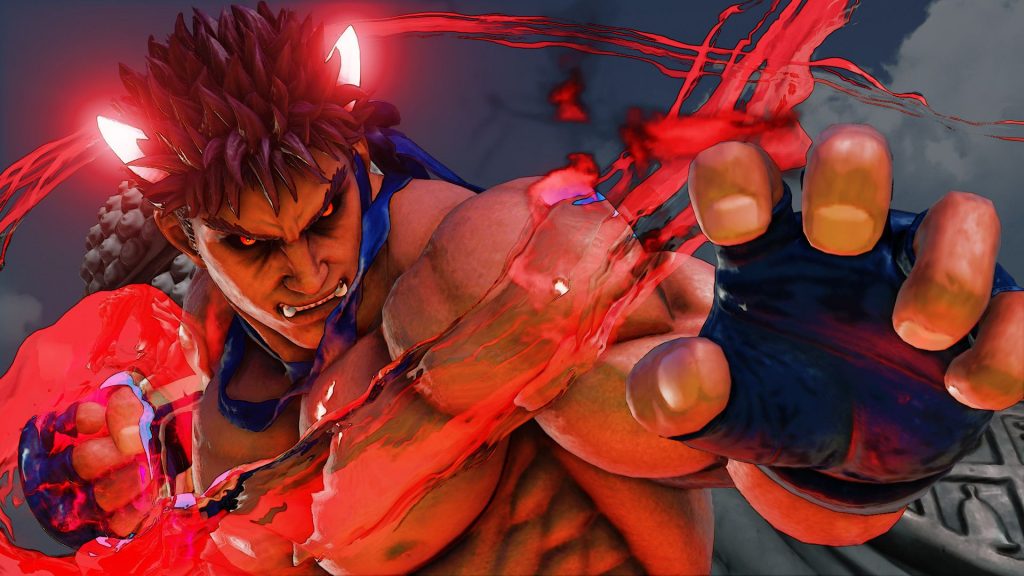 "Wildly fast and stylish animations, the colorful cast of characters, and cheeky bonus stages are all here and represented well."

As with the original version of the game, the difficulty can be a bit all over the place. Fights start out incredibly easy at the beginning of most modes and can instantly skyrocket into insanely difficult territory in the blink of an eye. Veterans of Street Fighter games should already be aware of this, but newcomers might find it to be a little bit of a shock compared to the more measured difficulty curves of other fighting games.

Still, the heart of what makes a Street Fighter game different from the rest still beats strongly in Street Fighter V. Wildly fast and stylish animations, the colorful cast of characters, and cheeky bonus stages are all here and represented well. I particularly enjoy the ability to play arcade mode structures of older Street Fighter games, but with the newer graphics and stylings. This is a nice touch.

Street Fighter V has the somewhat mixed reputation it does for good reason though. There are some issues that still keep this Street Fighter game from joining the ranks of other modern fighters. For the most part the bugs and optimization issues have been ironed out, especially the bigger ones, but there are still some moments where the frame-rate might dip, causing you to lose out on precious fractions of seconds, and can lead to you losing your rhythm, which as we all know, can lead to a swift loss.

These moments are rare, but at this point, they really shouldn’t even exist. Capcom also seems unwilling to fix some of these weird mouth movements with pre and post-fight dialogue. They just look very, unfinished and distracting. Obviously this doesn’t really affect the gameplay, but it’s an odd area for them to gloss over with how much work they have clearly done in other areas. While the game does have lots of modes now, the vast majority of them are things we’ve seen before, and fairly shallow versions of them at that. 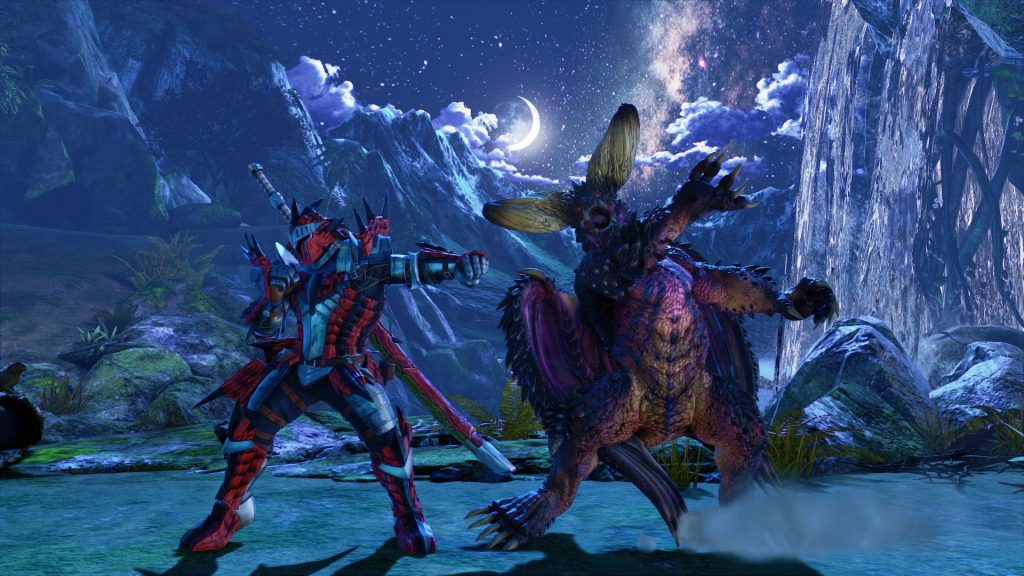 "Even still, despite some issues left unsolved, this new wealth of content does give fans of the base game, and maybe even many of those who were lukewarm on it, enough of a reason to pick it back up and get plenty more hours of fun out of it."

It would have been nice to see some innovation like Mortal Kombat’s “test your luck” mode in this game, but instead Capcom largely sticks to the script in terms of it’s extra modes and seems more concerned with just having a lot of them. The online experience is also, still, not fantastic. Don’t get me wrong, they’ve come a long way with it, but the stability and overall experience online here just doesn’t even hold a candle to the experience you’re likely to have with Tekken 7, Mortal Kombat 11, or even the previous entries of those games. It would have been nice to see more done to this part of the game for the Champion Edition.

Street Fighter V was not the best fighting game of the year it was released, and the Champion Edition won’t make it the best one of 2020. If the game had initially launched in 2016 in this state, Capcom might have really had something remarkable by those standards.

Even still, despite some issues left unsolved, this new wealth of content does give fans of the base game, and maybe even many of those who were lukewarm on it, enough of a reason to pick it back up and get plenty more hours of fun out of it. This edition of the game does ultimately make good on the promise of the original game for the most part, so those who haven’t experienced this game at all, now have their most compelling reason to do so, especially if they can regulate their expectations just a bit.

Lots of extra content, fixes, and other bells and whistles.

Final Verdict:
GREAT
The Champion Edition still comes up short compared to many other recent fighters, but Street Fighter V is now the best it has ever been.
A copy of this game was provided by Developer/Publisher/Distributor/PR Agency for review purposes. Click here to know more about our Reviews Policy.