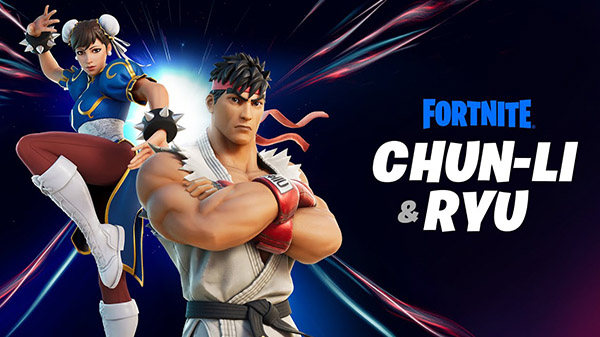 Fortnite and Epic Games seem like they’re on something of a quest. The battle royale shooter was one of the biggest games ever made, and continues to do incredible business, but the goal seems to be to suck up any and all pop culture possible to eventually be part of the game. Now it seems a beloved fighting franchise is getting their turn.

Street Fighter finds its way into Fortnite via skins for Ryu and Chun-Li. They are two of the most classic fighters, with Ryu dating back to the original, often forgotten first game, with Chun-Li being part of the original Street Fighter 2 cast. They get a neat little introduction in the trailer below, harkening to the series’ arcade roots. It’s also interesting as for as many properties have found their way to the game, there hasn’t been a lot of Japanese-developed crossover just yet, making this a bit of a trailblazer potentially.

Fortnite is available now across all major platforms with the exception of iOS due to ongoing legal disputes between Epic Games and Apple. The Street Fighter skins will release on February 20th.