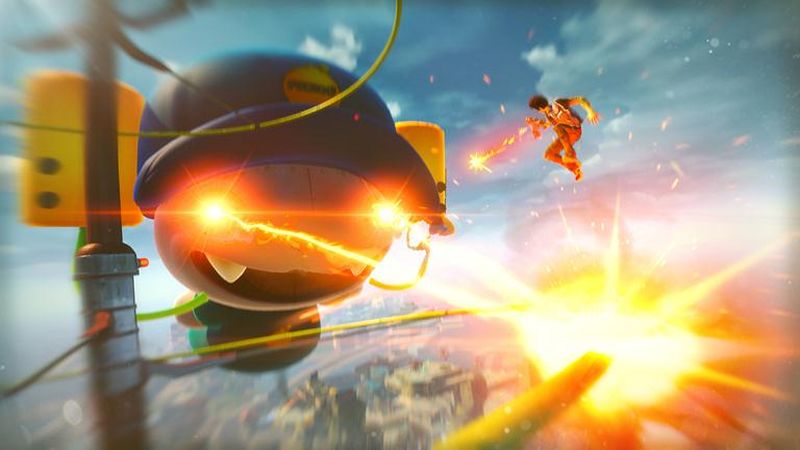 Insomniac’s open world shooter Sunset Overdrive may have been compared to Sucker Punch’s inFamous but the developer believes it’s more in line with Tony Hawk with regards to the movement system and how you interact with the environment.

“This is a lot more like Tony Hawk, where the entire world had to be built with how the gameplay mechanics worked. These parts are so tied together that we couldn’t box them up and develop them independently.”

Director of Production Bryan Intihar added that, “When the game really crystallized for me, I think, is when we started putting traversal in the game. It wasn’t just about walking around the world and killing a bunch of enemies, but killing them in a really stylish fashion: grinding, jumping around, looking cool while you’re doing it.”

Sunset Overdrive is in development for the Xbox One and is rumoured to be releasing later this year.

Elena is a calm and collected first mate of the Ydas under Raymond. Meanwhile, Albaird is Laeticia's bodyguard...

The newest season of Respawn's free-to-play battle royale shooter has helped propel it to a new all-time concu...