It’s hard to forget the influence that Super Meat Boy on indie games and platformers in general. If nothing else, it signaled that difficult, old-school platformers were still in vogue and no longer the domain of older consoles. Team Meat has since split with Edmund McMillen going on to develop The End is Nigh and The Binding of Isaac but Tommy Refenes has been busy working on a sequel. And if you thought Super Meat Boy Forever didn’t have any new tricks after years of indie platformers, then you’re in for a treat.

GamingBolt spoke to Refenes who is the programmer and designer for Super Meat Boy Forever. How will the procedural generation work? What motivated the auto-running? Refenes tells us all. 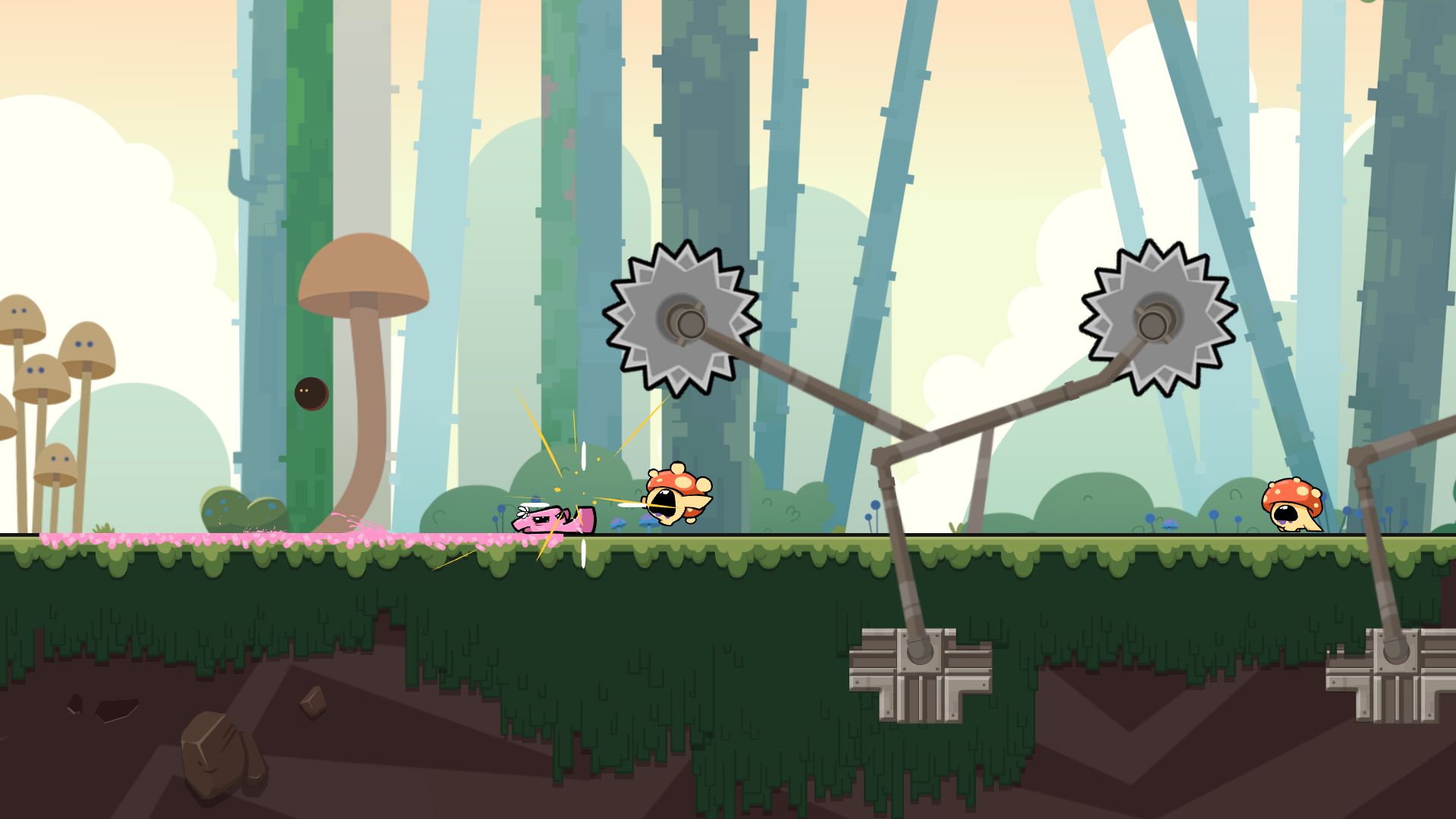 "I think the time away really opened my eyes to what the game could be and how it didn’t have to be a small game, it could be a true sequel with as much content if not more than it’s predecessor, Super Meat Boy."

What prompted the decision to add auto-running to Super Meat Boy Forever?

I wanted to see if I could make a randomly generated Meat Boy game that felt like Super Meat Boy but only used two buttons and if the fans and press that have played the game at EGX, PAX, etc are to believe…I’ve succeeded.

The game has been under the radar over the years. What caused such a delay since the initial announcement of being mobile only?

The delay was mainly due to life stuff. I got married in 2014, had some family stuff to focus on in 2015 and 2016 and at the beginning of this year I was free once again to work. I think the time away really opened my eyes to what the game could be and how it didn’t have to be a small game, it could be a true sequel with as much content if not more than it’s predecessor, Super Meat Boy.

Given the number of levels, obstacles, environmental hazards and whatnot that you’ve built over the years, do you ever feel like you’re at the end of the line when it comes to creating something new and fresh?

Actually no…the new control scheme has allowed us to easily come up with tons of new things…maybe after this game we’ll be at the end of the line though!

What kinds of bosses are in the works and how do you use the running aspect to sort of subvert players’ expectations of what to expect?

I can’t reveal the bosses just yet, but my goal is to make bosses that are as memorable as the levels leading up to them. I want to make insanely intense fights that leave you feeling that sense of accomplishment that beating a hard level gives you.

"There are 6 chapters each with 6 light world and 6 dark world levels that rank up in difficulty each time you beat them and create new harder versions of themselves."

Can you tell us more about how the dynamic construction of levels based on difficulty? What parameters are in place to control this level of randomness?

Super Meat Boy Forever levels are generated from a pool of 40-60 mini-levels or chunks. That’s 40-60 levels the size of the smallest levels in Super Meat Boy PER LEVEL. So like 1-1 has 40, 1-2 has 50, etc. There’s a lot of content there. Each mini-level is about the size of a small “Super Meat Boy” level and is designed with a difficulty in mind.

Originally levels regenerated each time you died. This was fine but it was way more of a challenge to the player than I wanted to present. Super Meat Boy gave you a feeling of accomplishment as you progressed through levels and you felt good when you would beat a level…initially Forever didn’t give you that, you would basically just play through until you got lucky enough to get to the end. That didn’t feel right, but I still wanted to do something randomly generated.

At one point, we changed how difficulty was presented in the game to something we had more control over. Instead of levels being completely randomly placed chunks, they were now randomly selected based on their difficulty which was presented in a certain cadence and they didn’t regenerate once you died.

The cadence was implemented to ramp up the difficulty in a way you would if you were designing the level the old fashion way. For example, if you had a long level you’d want to start the player out slow, ramp them up a bit, bring them back down, and then finish with a bang. The cadence of the level would be define which difficulty chunks we would want at certain parts during the level making the level seem like a designed level, not a randomly generated nightmare.

Once that was in, we made it so each level had the ability to rank up it’s difficulty to once again provide another difficulty ramp for the player so they could improve their skills and feel accomplished once they fully “S Ranked” a level. Since the levels are generated the par time system we used in the first Super Meat Boy wouldn’t really work…so ranking a level up is the new Par Time…once you’ve S Ranked a level, you’ve truly mastered it.

How many levels can players expect to tackle when Super Meat Boy Forever finally releases?

Like I stated above, each level is generated from several miniature levels so each level is substantially longer than a typical Super Meat Boy level. So it’s difficult to quantify a number for the levels due to the random nature and the rank up, but I can say right now just with what we have in the first chapter, we’ve made more levels than are currently in Super Meat Boy. So..might be best to say “a lot”. 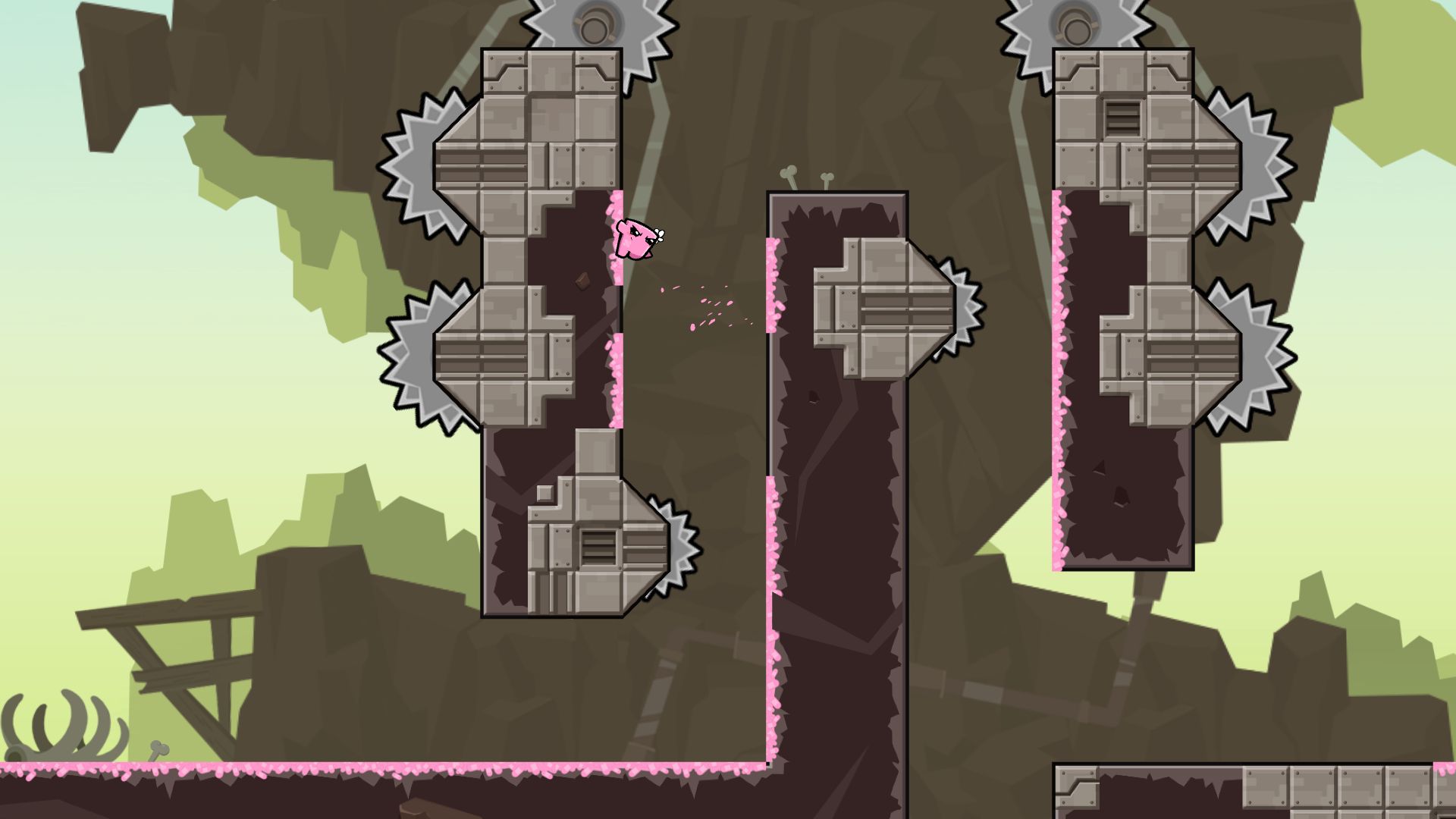 "If nothing else you’ll just have games that run smoother on Xbox One X vs Xbox One I think. 4K games look amazing, but I think most people still only have 1080p TVs."

Did you expect the control scheme, which the series has been praised for, to offer so much potential in the long run? Where do you think it could go next?

I honestly think the controls for Super Meat Boy Forever are the next step. By using only two buttons and boiling down the movement, we’ve kind of extracted pure Meat Boy essence out of it and we’ve found we can offer levels that are just as challenging and rewarding as first game.

When can we expect Super Meat Boy Forever to release? What stage are you at in development?

Will the game be receiving Xbox One X support? Will it run in native 4K and 60 frames per second?

No hard “yes” or “no” on that at this time, but we are looking into it. We did show it at PAX playing on Xbox One and we do have access to Xbox One X kits, but right now we’re just focusing on finishing the game.

From a developer perspective, do you see games using the full potential of the Xbox One X, especially given that developers also need to support the older Xbox One?

If nothing else you’ll just have games that run smoother on Xbox One X vs Xbox One I think. 4K games look amazing, but I think most people still only have 1080p TVs. That’ll of course change in time, but I think the Xbox One X and PS4 Pro will offer better 1080p experiences for the most part which I’m on board with…my 4K TV only refreshes at 30fps…I’d rather play at 60FPS 1080p than 30FPS/4K. 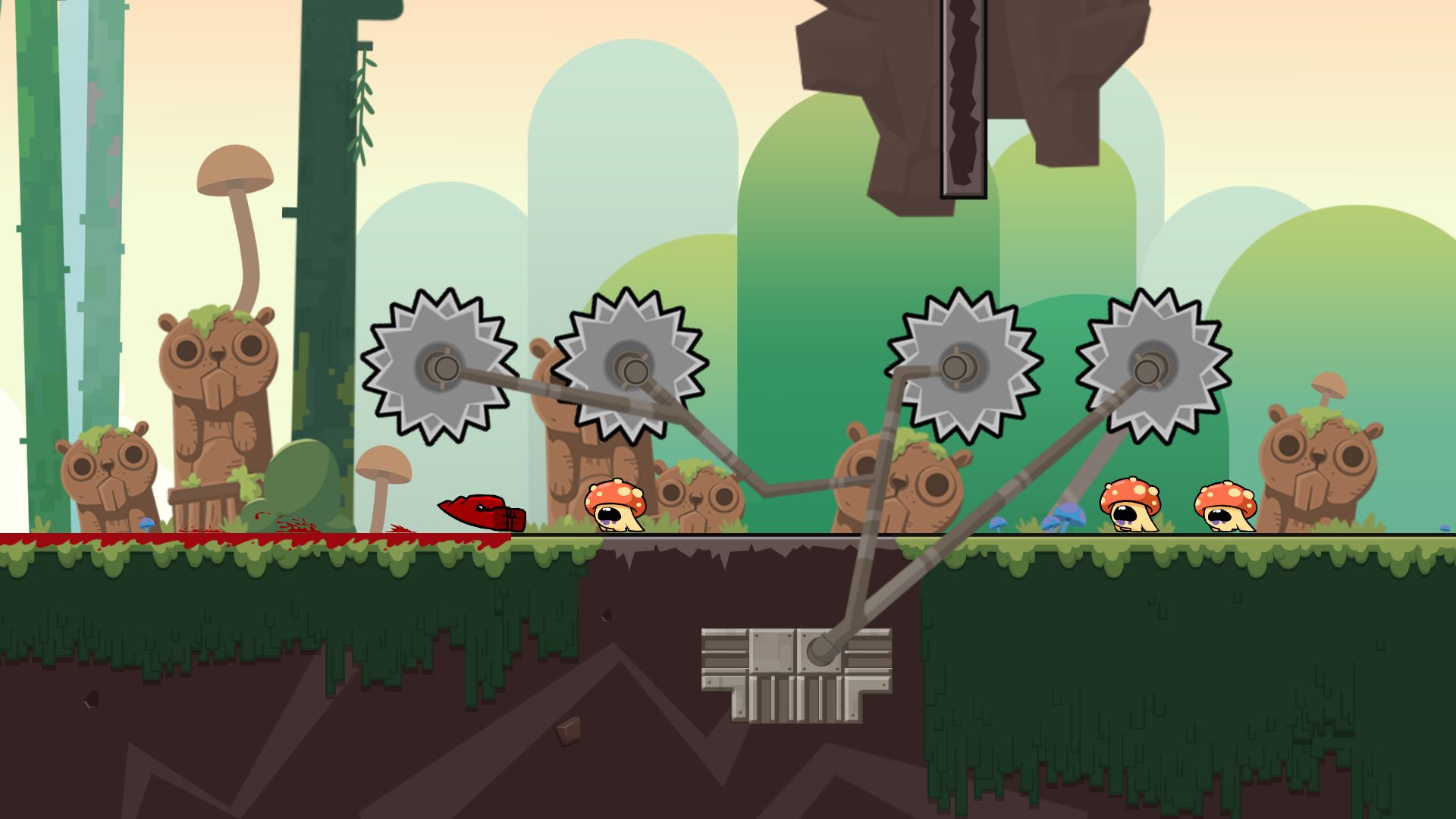 "The most unique and important feature of the Switch is it’s portability and that’s going to be used because…well…it’s just part of the console that works whether you want it to or not!"

What are your thoughts on the console wars going on between PS4 Pro and Xbox One X?

Is it a war? I kinda feel like they’re just putting out more powerful versions of themselves because they know that’s what their fans are looking forward to. I don’t think many people are going to switch from PS4 to Xbox One X or Xbox One to PS4 Pro…I think most people are just going to upgrade based on personal preference. People like their consoles and they’ll probably stay with what they like. At the end of the day though it’s not so much about the consoles it’s about the games and it seems like most AAA games are on both. So…if it’s a war it kinda feels like everyone is winning.

Are you planning to use the console’s unique features for the game?

I absolutely love my Switch. Breath of the Wild is now my most favorite Zelda game…which is insanity because up until this point it was Link to the Past.

I don’t know what unique features we will use in Super Meat Boy Forever. The most unique and important feature of the Switch is it’s portability and that’s going to be used because…well…it’s just part of the console that works whether you want it to or not!

Super Meat Boy Forever has 6 chapters with light and dark worlds, bosses, secrets, and TONS of well designed levels with tight controls. This sequel is bigger than Super Meat Boy….it’s different because it controls different, but the game feels the same. Also, if you ever have the opportunity to play it at a PAX or whatever, take the time and try it out. I’ll probably be there and we can rip on each other while you play…it’ll be fun!