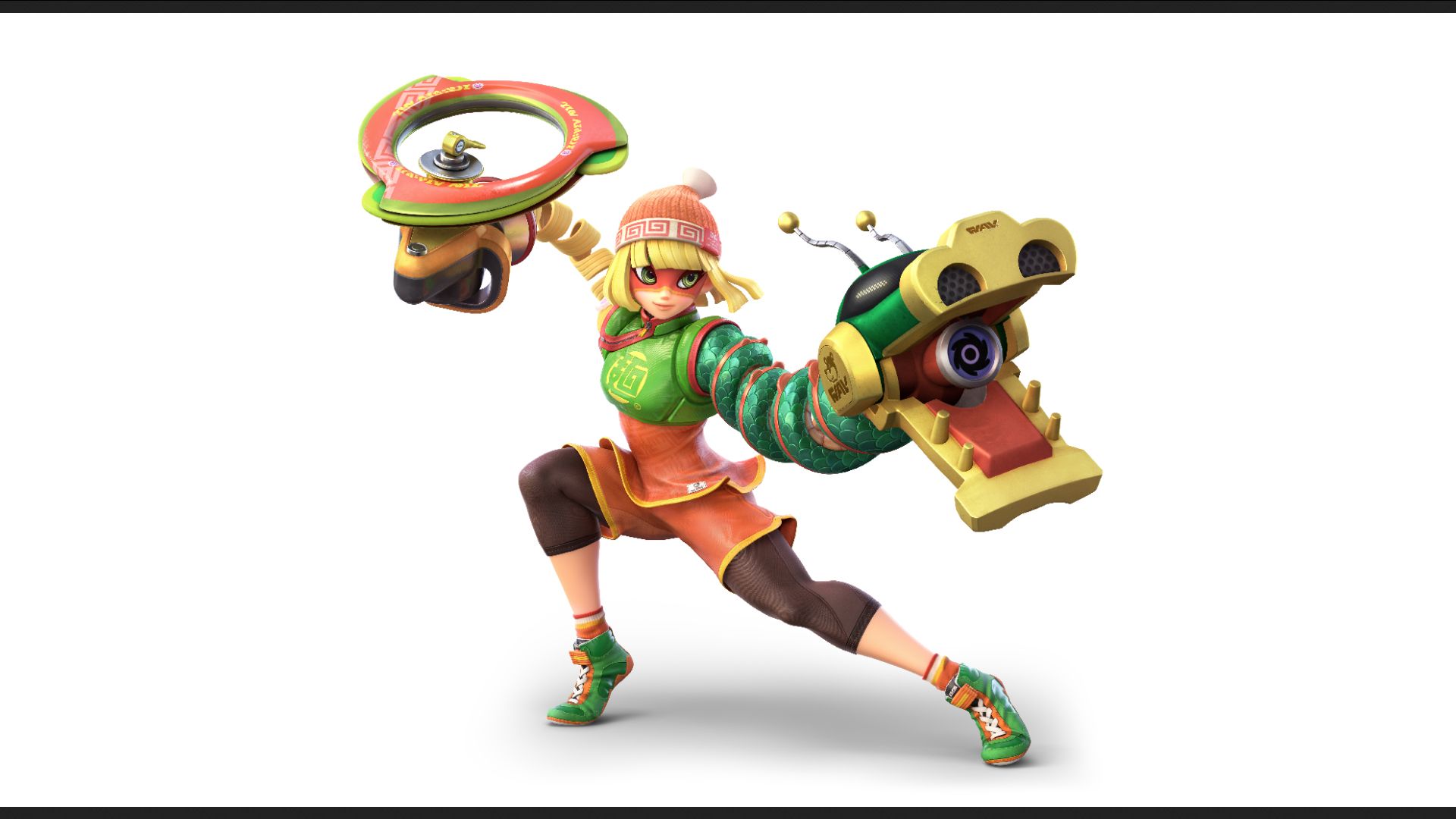 The latest DLC fighter for Nintendo’s Super Smash Bros. Ultimate is now live with ARMS’ Min Min. She’s purchasable standalone or with Fighters Pass Vol. 2 which costs $29.99 and includes an additional five DLC fighters for the future. Update version 8.0.0 is also available and brings fighter balance changes along with the ability to have Spirit Battle rematches.

Min Min is a mid-range fighter with some interesting moves in her kit. She can attack left and right simultaneously, change ARMS for either heavy hits or firing lasers, and can jump higher depending on how long her jump is charged. Her Final Smash is also quite the spectacle as it sees the entire ARMS cast joining in for a beatdown on foes.

Additional Spirits can also be found in the shop with this update. You’ll find Master Mummy, Byte and Barq, Kid Cobra, Helix, Max Brass and many more to acquire in the Vault. New Mii Fighter costumes, particularly Heihachi from Tekken, Ninjara from ARMS, Marie and Callie from Splatoon and Vault Boy from Fallout, have also been added. Check out the general patch notes below and more details on fighter balance changes here.

The following spirits will appear in the Shop on the Vault menu: