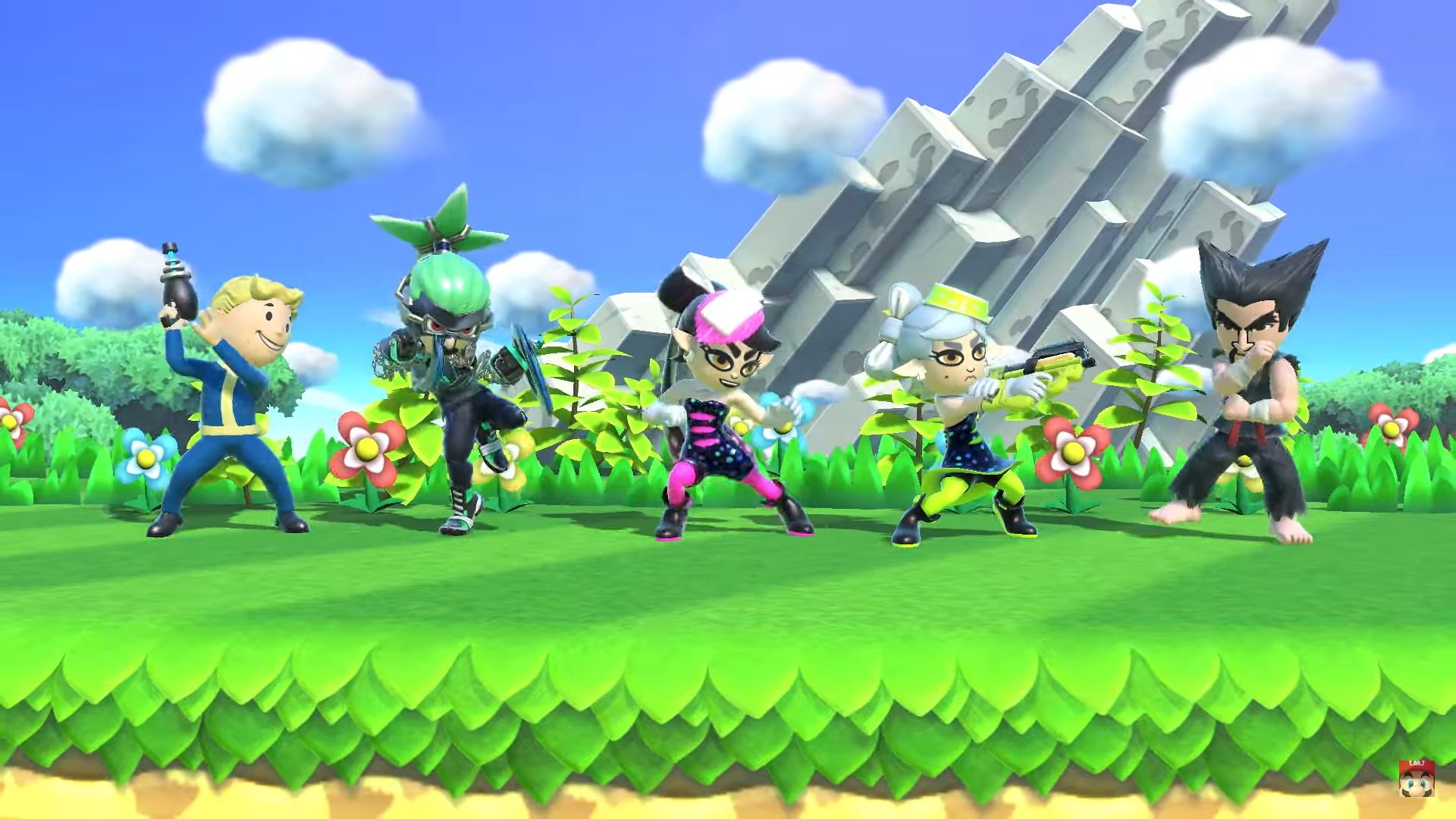 Along with confirming Min Min from ARMS as the next DLC fighter for Super Smash Bros. Ultimate, producer Masahiro Sakurai also revealed the next round of Mii Fighter costumes. This includes Ninjara from ARMS, Heihachi from Tekken and Callie and Marie from Splatoon. Check them out in action below.

However, perhaps the most surprising addition is Vault Boy from Fallout. As a Mii Gunner, the costume sports a ray gun as its main weapon. Does this generate hope for Skyrim’s Dragonborn to be added as a Mii costume some day? Time will tell. In the meantime, you can pick up all of the above Mii costumes for $0.75 each on June 29th.

Sakurai also revealed a very interesting way that Mii costumes can tie into one’s experience. If you face a fighter with a Spirit that matches an owned Mii costume, then that fighter’s appearance will change to match the costume. For example, facing Mega Man with Cuphead as his Spirit will change the appearance to Cuphead, so it will feel more like fighting the actual character. Stay tuned for more details on other features when the next update goes live.