Super Smash Bros. Ultimate Is Already Looking Like A Winner For Switch Players

Smash your way back on stage.

There’s something absolutely amazing about the new Super Smash Bros. Ultimate for the Nintendo Switch. Seeing so many amazing characters returning after so many years and that too across your favorite landmarks taken from a wide variety of gaming franchises is truly nostalgic to say the least. With every challenger from the past returning, plus a few more that have recently been announced, Super Smash Bros. Ultimate is shaping up to be more fun than its fantastic predecessor. So yes, more mayhem is guaranteed to come your way.

There’s nothing that gets Nintendo fans more excited than the announcement of a new Smash Bros. game, and this one was no exception. I had the chance to take to the stage myself at this year’s E3 to find out what all the excitement was about, and see if anything has really been improved. With so many characters to choose from, I was instantly overwhelmed with the choices on offer. I chose Dr. Mario, then Bayonetta, the Mega Man, then… then the Nintendo officials reminded me about two of the new characters: Inkling Girl/Boy from Splatoon and Ridley from the Metroid series. All of this back and forth between choosing characters happened before I even started a match; and for the sake of this preview, I decided to go only with the two new characters. My first pick: Inkling Girl. 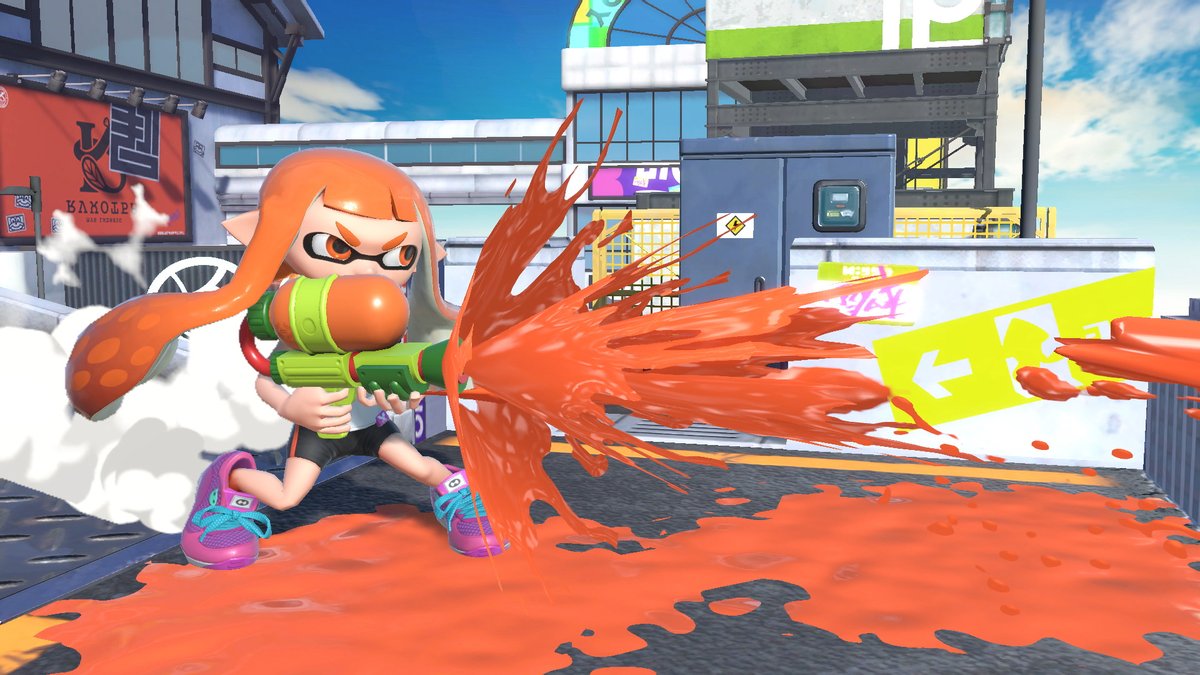 "The inklings have a Splatroller, paintbrush, paint bucket, and other famous weapons from Splatoon for melee attacks. The Inkling Girl’s final smash was the Killer Whale; a giant horn-blaster-style weapon that shoots out a massive ray of ink and can move slowly in several directions."

The Inkling Girl has always been my favorite character ever since Splatoon game came out on Wii U. I adore her look and style, and the orange colors and ink look pretty amazing on her. What’s cool about choosing the Inkling kids (this goes for both the male and female) is that you can change their colors before the match starts. There are just a few variations, but when you change their hair color, like in Splatoon, their ink color changes to match that. Equipped with the Splattershot, you can ink up the stage in your Inkling’s color, using the ink to attack or lay down an inky film on the stage floor which can cause other characters to fall into a trap.

Beware! Just like in Splatoon, your Splattershot will run out of ink ammo and you’ll have to hit the B button while using the shield to turn into a squid; and everyone who knows Splatoon knows that when you become a squid you get to collect ink to refill your weapon. Of course this leaves you vulnerable so be prepared when you need to refill. The inklings have a Splatroller, paintbrush, paint bucket, and other famous weapons from Splatoon for melee and other various attacks. The Inkling Girl’s final smash was the Killer Whale; a giant horn-blaster-style weapon that shoots out a massive ray of ink and can move slowly in several directions and severely hurt everyone in its path. 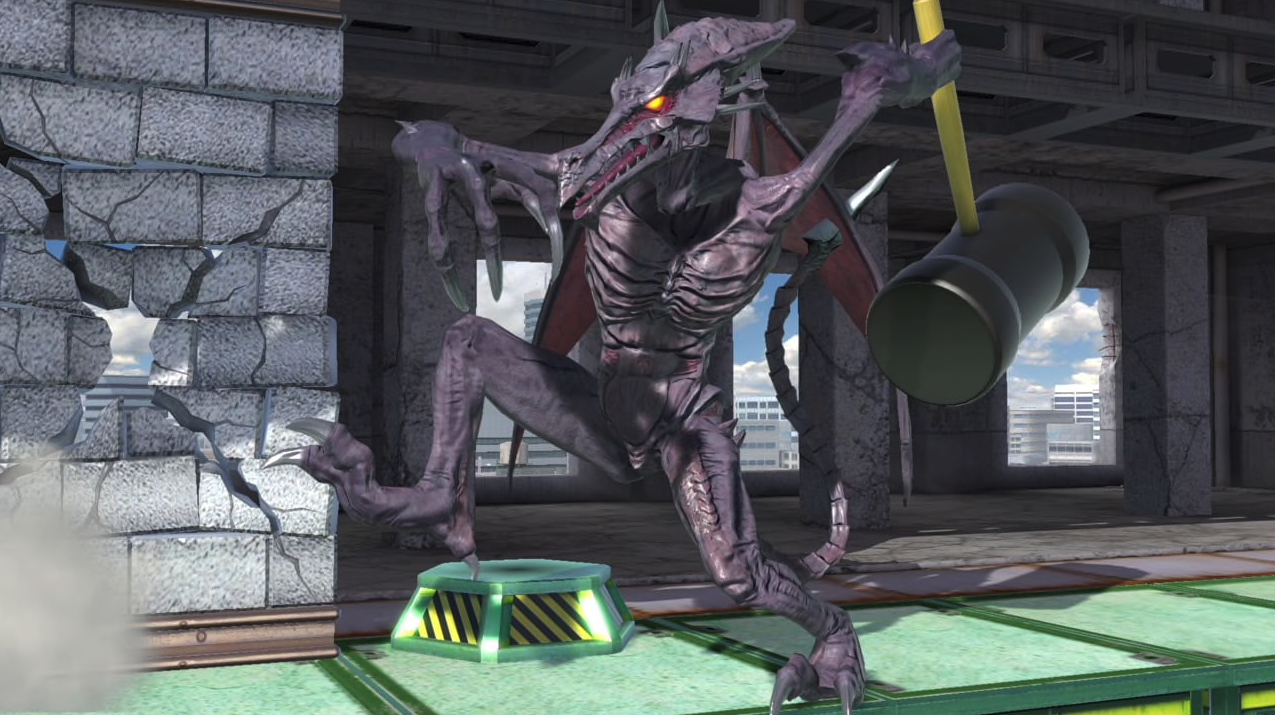 "Ridley, like the Inkling kids, has a lot of moves, but being bigger, he’s a tad slower, but his attacks are brutal. "

Next is Ridley. That lovable purple-ish Pterodactyl-looking space pirate from the Metroid series — and yes, I’m aware I’ll be receiving hate mail from fans who correct me on calling the thing a Pterodactyl. Ridley is an interesting character to put into a Smash Bros. game. Like Olimar, Ridley’s height has been altered. Olimar has been blown up to be much bigger than his actual game size from Pikmin, and Ridley had been shrunken down quite a bit. However, he is still a towering beast compared to most of the other characters, and he is wide too, taking up a lot of the play room. Ridley, like the Inkling kids, has a lot of moves, but being bigger makes him tad slower, but his attacks are brutal. One of my favorites was Ridley’s fireball attack. Pressing the attack buttons will enable Ridley to spit out a fireball, and if charged, Ridley releases a long line of fireballs that deals massive damage.

Ridley can also do a high flying jump attack that lands a very powerful hit. He can hover for a few seconds then land a devastating blow on top of an enemy below. His Final Smash is a large energy blast from his mouth that disintegrates everyone around. This time around Final Smash scenes are shorter and get right to the point rather than drawing them out and lasting for a long time. That’s a a good thing.

Each fighter looks excellent visually, along with new stages that looked pretty phenomenal. I was not able to check out every stage but the Splatoon stages alone made me really excited to get this game the day it comes out. The fighting felt really fluid with each character having strengths and weaknesses by size and variation.

Super Smash Bros. Ultimate is truly one of those games that I am highly anticipating. It feels like it’s already complete, unlike other E3 demos where you know…work is still needed on them. It doesn’t come out until later this year, so if there’s more polishing that must be done, that’s even better news.