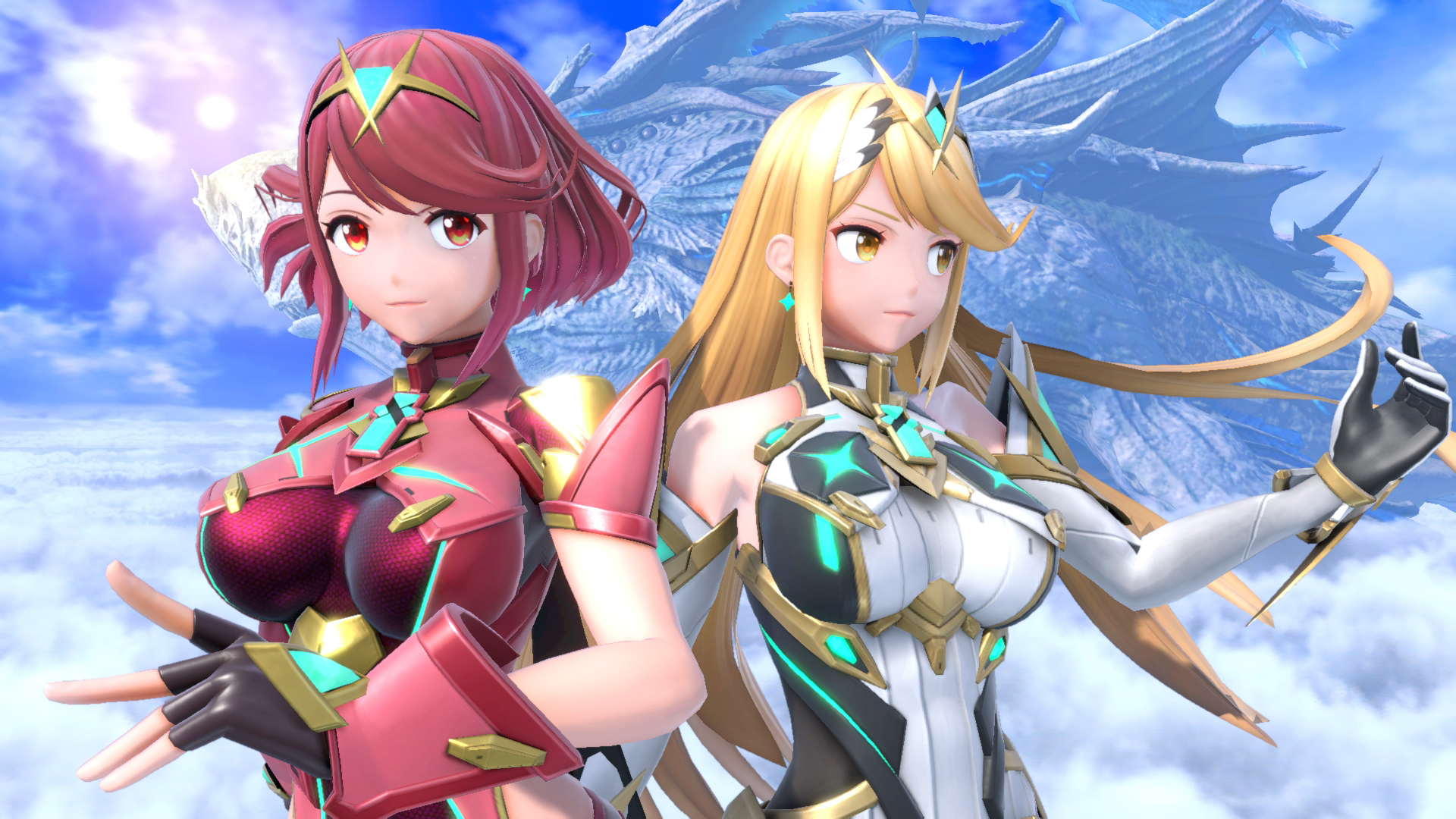 Super Smash Bros. Ultimate director Masahiro Sakurai showcased the next Challenger Pack, Pyra/Mythra from Xenoblade Chronicles 2. Along with providing details on each fighter’s characteristics, he also announced a release date. Pyra/Mythra will be available later today, both standalone and as part of Fighters Pass Vol. 2.

The main appeal of Pyra/Mythra is being able to switch between them during combat. You can also choose who to start with by pressing Y at the character select screen. Mythra is about speed, able to move faster and attack faster, but Pyra has power and more range. So while Mythra might be good at edge-guarding and generally confusing the opponent (while also having Foresight to dodge and counter-attack), Pyra has powerful Smash attacks.

Each has their own Specials which makes for a total of six along with 16 costumes (which are provided in pairs so no mixing and matching). In terms of other content, Challenger Pack 9 includes the Cloud Sea of Alrest stage and 16 songs from the Xenoblade Chronicles series. It also adds a Special Spirit Board with some new Spirits to challenge.

For more details, check out the latest “Mr Sakurai Presents” below.