Terraform Mars into a habitable world (and invite natural disasters) in the upcoming expansion. 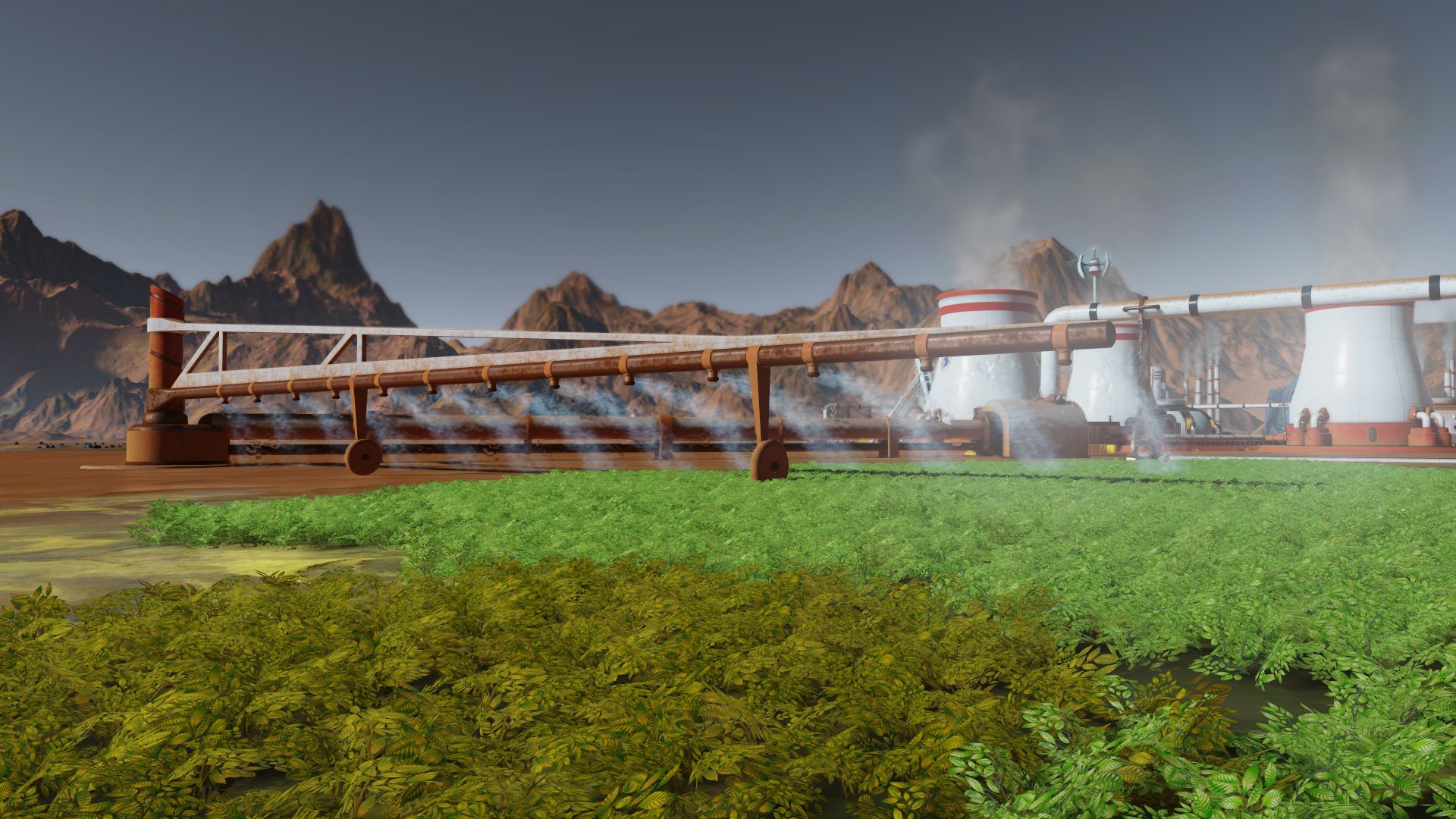 Paradox Interactive has announced a new expansion for Surviving Mars, and it’s about going green. Green Planet will allow players to terraform the planet into a more habitable shade and effectively create a new home for humanity. Check out the announcement trailer below.

Terraforming is affected by one’s colony management and it’s possible to affect Atmosphere, Water, Temperature, and Vegetation. You can add various kinds of plants to the surface, including tress, lichen, shrubs, grass, and whatnot. Each has their own use – lichen improves soil quality while trees grant high seed yields – and effectively managing soil quality is also key.

Seven new Special Projects will also be added, like capturing ice asteroids and launching a mirror into space. These will help with Terraforming Parameters, but can also cause natural disasters. Fortunately, you’ll also have seven new buildings, like the Greenhouse Gas Factory, Forestation Plant, and more to help out.

A release date hasn’t been provided for Green Planet. The Steam page simply says that Mars will “change soon”. Stay tuned for more details in the meantime. Surviving Mars is currently available for Xbox One, PS4, and PC.