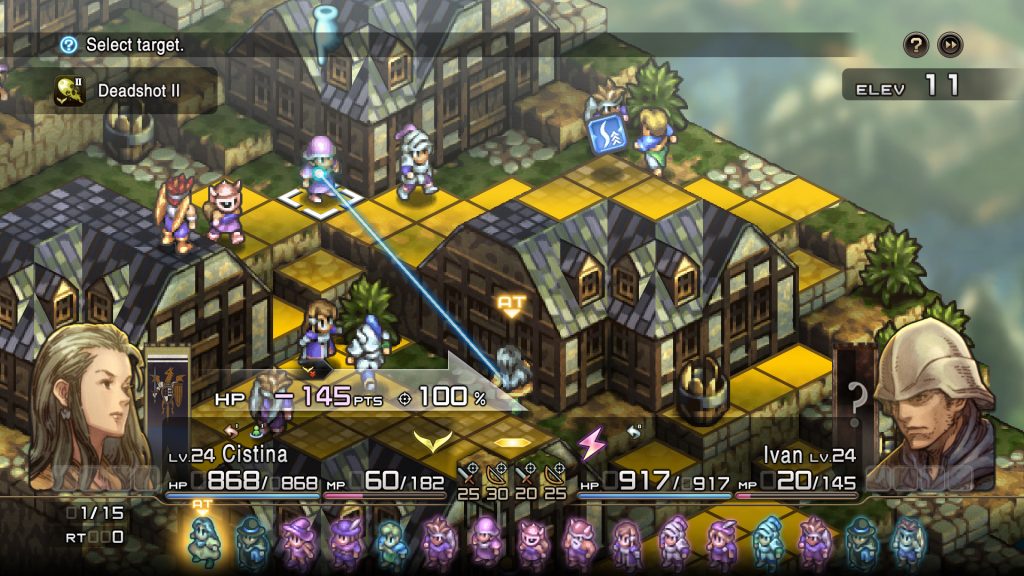 Square Enix’s Tactics Ogre: Reborn is out next month and offers several improvements and quality-of-life features. Along with new features like scouting, Charms, and so on, details on the improved AI have also been provided. While enemy AI in Let Us Cling Together was somewhat underwhelming, Reborn’s enemies will take terrain into account along with player movement. They’ll also respond to Buff Cards accordingly.

Your units also have some new AI settings. There are four to choose from – Fierce Attacker, Stalwart Defender, Distant Striker, and Ardent Mender – and one can toggle between controlling all units manually or letting the AI handle it. Another new feature is trajectory prediction, which comes in handy when using bows, crossbows or projectile-based spells. These will now display their trajectory so that players can avoid their units.

If a unit goes down, they won’t die immediately. Instead, they’ll be in the “Incapacitated” state and have a countdown. They must be revived before the countdown reaches zero, or they’ll be “Deceased” and permanently dead. Along with being able to revive units continuously, they can also move and act immediately upon revival.

Finally, random encounters on the world map are gone, and players can now enter training battles at specific locations. This allows for easier leveling, especially since units can’t die in these battles.

Tactics Ogre: Reborn is out on November 11th for PS4, PS5, PC, and Nintendo Switch. Stay tuned for more details in the meantime.