Triangle Strategy is an excellent strategy RPG, impressing just as much with its tactics and combat as it does with its story and choices.

The tactical role-playing game launched on March 4th for the Nintendo Switch and has already performed exceedingly well.

Japanese outlet Famitsu has awarded the turn-based strategy RPG a collective score of 35/40, with praise directed to its combat, story, and visuals.

Triangle Strategy's story will revolve around three main kingdoms that rule the continent of Norzelia- Glenbrook, Aesfrost, and Hyzante.

Play through to Chapter 3 in the new free demo, which contains various changes and improvements, and carry progress to the full game.

As part of the War Council, the steward manages House Wolffort's many affairs along with providing advice to its young lord Serenoa.

Bethrothed to Seronoa Wolffort, Frederica is an important figure in the upcoming tactical RPG which releases March 4th for Nintendo Switch.

Tomoya Asano tweeted that this is in addition to Artdink's upcoming tactical RPG, which releases on March 4th for Nintendo Switch. 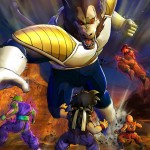