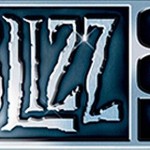 The 2010 Blizzcon Event starts today and you can watch all the press conferences live blogged.  Blizzard’s providing limited video streams here.  For some strange reason if you are a DIRECTV sub... Read More