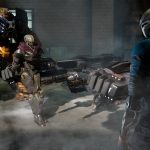 From the man who co-created Halo. 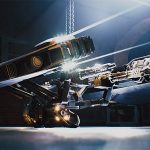 Disintegration Is Smaller In Scope But Still AAA In Production, Includes Campaign And Multiplayer

The sci-fi shooter promises a AAA experience at its heart

Disintegration, Sci-fi Shooter From Halo Co-Creator And Take-Two, Announced For 2020

A new sci-fi shooter is coming next year.