Biomutant – 15 Features You Need to Know

The action RPG is almost out following numerous delays.

Biomutant is Coming to EA Play Pro at Launch

The action RPG will be included EA's premium subscription service for PC.

Pre-order incentive is meant to provide a "slightly better deal."

The Mercenary class is also revealed as a pre-order bonus. 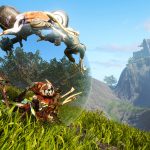 Experiment 101's action RPG is finally almost upon us, and we're curious to see how it lands. 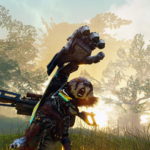 The game is now set to come out this May.

Biomutant Releases on May 25th for Xbox One, PS4 and PC

The action RPG will release in the next fiscal year, which begins in April.

Biomutant Will be Out Before April, According to THQ Nordic

The relentlessly delayed game might actually be approaching its elusive launch.

It seems you won't have to stress about not being able to play the game on next gen systems.

Biomutant Will Feature No Microtransactions, Possibly Will Get Post-Launch DLC In Future

More content could be on the way even after release.

A nice glimpse at the game's return.

The game reemerges after almost 2 years.

Now there's a name we haven't heard in a bit.

Biomutant is Still in Development

The developer will reveal a release date when it's confident and "the game is ready for it."

THQ Nordic announces another set of special editions for an upcoming title.

The whimsical RPG gets a lengthy preview.

THQ Nordic might be looking into expanding its support for the Nintendo platform.