Frost Giant CEO Tim Morten speaks about developing Stormgate in an interview, alongside a new trailer that talks about game modes, and the open beta.

Stormgate will be a free-to-play game and will offer a full-fledged campaign, competitive multiplayer, and co-op options. 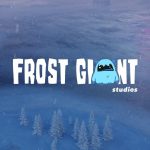 We take a look at some more upcoming games that will be using Epic's latest and greatest, the Unreal Engine 5.

The studio, founded by veteran Blizzard developers, is working on an RTS and partnering with other former Blizzard veterans at Dreamhaven.