Neither of the two games has been officially announced yet, but a new report claims the developer will be solely focused on both projects.

A Mafia Prequel is in Development at Hangar 13 – Rumour

Hangar 13 COO Matthew Urban has also left the company amidst development on this new title, Kotaku has reported.

Hangar 13 studio head Haden Blackman confirms he is leaving 2K games "to pursue his passion at a new endeavour."

Mafia developer Hangar 13's sci-fi open world game, codenamed Volt, has reportedly been in the works since 2017, but has now been shelved.

A major leak describes the Mafia developer's next game as "Cthulhu meets Saints Row", which is information that falls in line with job listings published by the developer over the last year.

Previous job ads have suggested the developer's next project will be an open world game with a sci-fi/fantasy setting.

Job ads also suggest the game will put quite an emphasis on online. 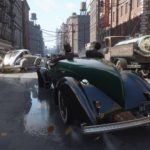 Mafia: Definitive Edition Guide – How to Find All Super Cars, and The Crazy Horse

Here's how to acquire some excellent cars in free roam.

Mafia: Definitive Edition Guide – How to Find All Collectibles

Lost Haven is littered with collectibles - here's how to find them all.

Mafia: Definitive Edition is Out Now 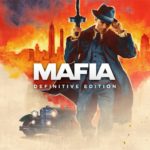 Fittingly enough, a remake of the best Mafia game proves to be the return to form that this series has so desperately needed. 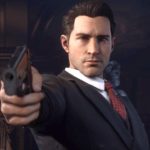 Rise through the ranks as a gangster in 1930s Chicago.