id has responded to the Doom 4 leak by ensuring fans that the full game will be much better and "awesome". Earlier we reported that there were a bunch of screenshots leaked from the game, and it lo... Read More 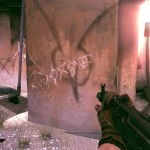 Is this the Quake V logo?

[caption id="attachment_48054" align="aligncenter" width="505" caption="Click for full size."][/caption] We have found a pretty cool Easter egg in Rage. At first glance, it might not mean much, b... Read More 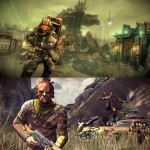 Check out the Rage PC system requirements below, and we have to say it is pretty modest. The game releases in October on the PC, PS3 and Xbox 360. Minimum: OS: Win XP SP3, Vista, Win 7 Proces... Read More

[HTML1] The sixth and final video dev diary for RAGE is based on the sounds and art.  The game with have 6 player online versus and 2 player co-op (online/local).  With John Goodman bringing his vo... Read More

[HTML1] Please check out this new trailer for Rage, named Uprising. "Uprising" tells the story of your epic journey through RAGE, from bewildered Ark survivor to heroic freedom fighter in the Waste... Read More

NBA Star Blake Griffin Will Do Anything To Be In RAGE, Watch This Hilarious Trailer

[HTML1] With it supposedly getting closer and closer to the end of the world, why not get a laugh at this trailer of NBA star Black Griffin doing whatever it takes to get in to RAGE, he just doesn't ... Read More

REMINDER: Pre-Order RAGE and Get The Anarchy Edition for Same Price 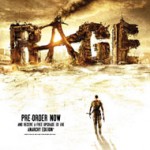 [caption id="" align="aligncenter" width="505" caption="Rage Anarchy Edition Contents"][/caption] An event held by Bethesda and id which was the BFG Showcase in Utah that just happened recently to ... Read More 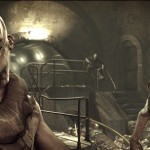 Here is the latest trailer for RAGE entitled 'Untethered' developed by id Software who brought us the classic DooM back in the day and Published by Bethesda Softworks, responsible for the release of... Read More