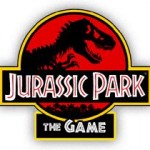 [HTML1] Jurassic Park: The Game will officially be out for the Xbox 360, Playstation 3, PC and Mac, on November 15th, 2011.  The graphics look amazing and you find it is a whole new story, with a pr... Read More 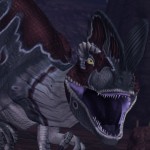 Here just a couple of new screens from Gamescom 2011, the Jurassic Park game from Telltale Games looking great.  Check out more videos and info on the game here. Read More 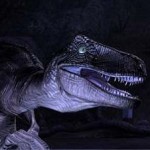 [HTML1] Here is over ten minutes of gameplay from the Jurassic Park Game from Telltale Games.  A family vacation seems to go horribly wrong.  We know that the father is extremely knowledgeable on D... Read More

Jurassic Park to get simultaneous 360 and PS3 release in Autumn

Telltale Games has confirmed that Jurassic Park: The Game will be coming to Xbox 360 alongside PlayStation 3 in a simultaneous release this autumn. Following the announcement of the game's dela... Read More

Jurassic Park ‘Behind The Scenes – The Dinosaurs’ Video Feature

Here is a behind the scenes video feature where the developers of the game talk about the dinosaurs in the game.  The video shows off some impressive footage as well as the inclusion on the T-Rex a... Read More

Jurassic Park’s story will link with the films

Telltale have said that the events taking place in their upcoming Jurassic Park title will overlap with  the first movie and extend “beyond them, to the days and nights immediately following the... Read More