And it is every bit as adorable as you might expect.

Pokemon 2019 Will Be Like Handheld Games, Let’s Go Pikachu/Eevee May Be Forward Compatible- Developer

"It’ll have the same kind of feeling as the previous games on handheld systems."

Battle classic Gym Leaders like Brock and Misty while re-discovering the wonders of Kanto.

The Pokemon experience you've been waiting for.

Update: Studio CEO actually says, "Please believe that there is no way that we will stray from the basic elements."

Pokemon Let’s GO Pikachu/Eevee Get Many New Details, Including About Pokemon Battles, Pokemon Following You, and More

They're far more full featured than you would think.

Pokemon 2019 Confirmed to be Gen 8, Will Be Made for Longtime Fans Instead of Series Newcomers

And there it is.

Making this the first time a core Pokemon RPG has been playable at E3.

Pokemon is apparently very popular, who could have guessed. 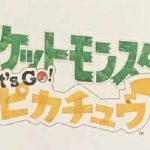 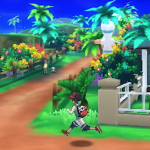