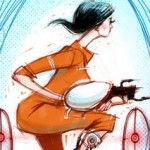 Portal 2 – ‘Lab Rat’ Comic Explains Why You Are Back

In this comic entitled 'Lab Rat' it explains what happened in between Portal 1 and Portal 2.  You'll why exactly Chell(you) are back inside the Aperture Science Center.  You may have seen it alr... Read More 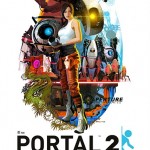 If Portal 2 were to be a film and if it were to be released in the 1970's, it's promotional poster would be something like this. As seen on: http://tristanreidford.blogspot.comRead More

The Best Portal 2 Video You Will See All Week

A user on Youtube by the name of XwoGT has made this awesome video showing how awesome Portal 2 really is. Check it out, as words possibly cant describe how awesome this video is. [HTML1]Read More 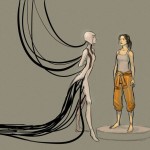 GLaDOS in her human-like form [PIC]

Oh Glados...how do you really look? You are a machine after all. But a talented user by the name of makani has apparently given a human form to GLaDOS.  She looks like a mixture of Cleopatra and a f... Read More 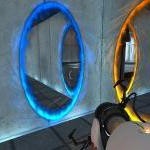 Portal 2 has got it's second patch. The details of the patch are as follows: Fixed: Occasional crash after Alt-Tab/minimizing or running in a window on certain graphics hardware. Fixed: Cras... Read More

The first batch of DLC has just been announced for Portal 2 which will consist of Singleplayer and Multiplayer.  The DLC will include new test chambers, leaderboards, different challenge modes fo... Read More 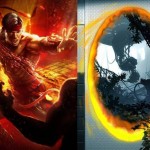 With the contest closing on April 25th, I think its the right time to announce the winners! The PS3 Version of Mortal Kombat goes to James Hanges! The PC version of Portal 2 goes to Nidhin ... Read More 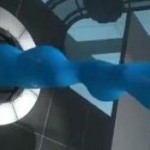 Portal 2 is one of the strongest game of the year contenders and if you have doubts about that, then you should read our review of the PC version.  Now according to respected journalist  Geoff... Read More

Portal 2 is a forerunner for the best game this year. We reviewed the PC and Xbox 360 and if you are a fan then it goes without saying that you should simply experience it atleast once! It's be... Read More

Note: Reviews for Portal 2 (PC) and Portal 2 (Xbox 360) have been written by different authors from different countries, so their views may differ. Please note that this is an individual review, not ... Read More

Note: Reviews for Portal 2 (PC) and Portal 2 (Xbox 360) have been written by different authors from different countries, so their views may differ. Please note that this is an individual review, not ... Read More 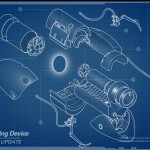 [HTML1] A secret room was found in Portal 2 that proves to be quite interesting.  At first you will just think you found a room with a real, really annoying noise in it but that is not the case.  R... Read More

[HTML1] Valve's Portal 2 was released early, thanks to the combined efforts of fans worldwide. The game's full of secrets and one particular one might be of interest. The game comes with an hid... Read More

****contest closed: winners will be announced soon**** Hey guys! It's time for yet another contest. We are giving away a copy of Portal 2 and a copy of Mortal Kombat to our wonderful readers.... Read More

Valve's upcoming puzzler, Portal 2 is the first game to require an mandatory update to PS3 Firmware 3.60. This means, you will have to update your firmware to the recently released one by Sony,... Read More

Valve's Aperature Science countdown website has come to its conclusion, revealing that they can make Portal 2 release before schedule by playing the games included in the Potato Indie pack, on sale ... Read More

Hard driver installation is common these days with every major game opting for an irritating 20 minute or so installation time. Fortunately PlayStation3 owners who are picking up a copy of Portal ... Read More