Portal 2 PS3 Will Have No Mouse/Keyboard Support

Anyone who fancied playing the PS3 release of Portal like a PC game will be disappointed to hear that a mouse and keyboard will not be supported on it: "No, unfortunately we don't do that. The whol... Read More

Valve have detailed how Steam will complement the release of Portal 2 on PS3 next week. The first title to support Steam on a console, Portal 2 offers cross-platform matchmaking, gameplay, frie... Read More

When Valve are creating their best ever game  it means something special is in store. In an interview, Valve’s Chet Faliszek has claimed that Portal 2 is absolutely their best ever single playe... Read More

Portal 2 Co-Op on the PS3 will require Steam account

There has been a lot of sepculation regarding how Steamworks will work on the PlayStation 3 and how PS3 owners will be able to download the free PC version included with the game. Apparently we go... Read More

[HTML1] Rounding off the rather humours Apeture 'product' trailers is  a promo spot for 'the long fall boot' with Cell demonstarting its acrobatic functionality. Portal 2 should be seeing release ... Read More 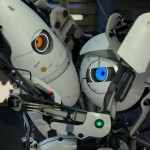 Robots are more trustworthy than humans

[HTML1] Valve, along with Aperture Science dba Aperture Laboratories, have released a second- rather hilarious- video for Portal 2 in the "investment opportunity" video series. This one, called "Bo... Read More

Valve in its comical sense had partnered with the Aperture Science Lab, to promote the highly anticipated Portal 2. Today the first of four "investment opportunity" videos leading up to the April ... Read More

Portal 2 TV spot is all about co-op

[HTML1] Valve's released a Portal 2 ad which will be airing across US television networks. The ad shows two cute robots telling you why Portal 2 is twice as awesome this time around as it'll featu... Read More

[HTML1] Valve have shown off some new Portal 2 gameplay at PAX East in Boston, USA, and have announced a new character, Cave Johnson. Johnson, who's voiced by JK Simmons, is the founder of Ape... Read More

Portal 2 to include popular recording artist The National

Valve today announced an original song by popular recording artist The National will be included in its upcoming game, Portal 2, when it is released the worldwide the week of April 18. Portal 2 i... Read More

Portal 2 near ready for release

Portal 2 PS3 will not have MOVE support

There have been rumors regarding Portal 2's support for the PlayStation motion controller, the MOVE. Well we just got an email from Valve clarifying that Portal 2 wont have MOVE support. There's ... Read More

Valve today announced that retailers and Steam are now accepting pre-order reservations for Portal 2, the epic sequel named the "Most Anticipated Game of 2011" at the Spike TV Video Game Awards. ... Read More

Still wondering at the last minute what to get that special someone for Valentine's Day?  Well this new viral video for Portal 2 has just what you need for that person.  Flowers and chocolates won... Read More

Portal 2's co-op gameplay sees robotic duo Atlast and P-body getting jiggy with some serious portal action. New screenshots show the mode in glorious action. Click on the images to view them in t... Read More

Valve: Portal 2 to feature user-created levels on all platforms

In an interview with NowGamer, Chet Falliszek confirmed that user-created content for Portal 2 can be downloaded for both the PS3 and Xbox 360 apart from PC. He said that they will also be availa... Read More 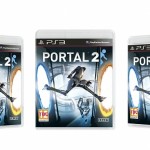 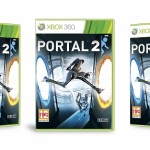 Given above are the Xbox 360, PS3 and PC cover arts of the highly anticipated upcoming game, Portal 2, respectively. The cover shows two main characters in the fore, signifying the importance of... Read More